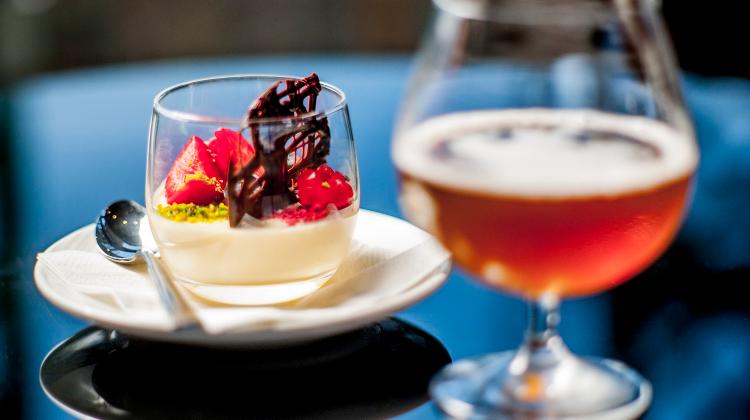 The Association of Hungarian Brewers has officially opened the 2016 beer season. At the various stops in its latest “Sör mi több” series of beer-themed events this year, particular emphasis is being placed on the raw ingredients involved, and women’s relationship with beer. Interesting to know is that only the female, conical hop cones are suitable for brewing beer. They give the beer an important aroma and its distinctive bitter flavour.

At the first event of the season, the newly founded 'Hops Club' set out to revive hop-growing in Hungary, albeit only symbolically for the time being.

Beer is one of our most natural beverages, made from hops, water, barley and yeast. At this year’s season opener, alongside the tasty pairings of beer and food, the spotlight was on hops, which are known for their many health benefits. Hops are among the younger cultivated crops, and the seed cones of the hop plant are also used in medicine and aromatherapy.

The bitterness of beer is measured in IBUs (International Bitterness Units). Most beers fall within the 5-100 IBU range.

Extremely hoppy beers with an IBU of a thousand have also been brewed, however, despite that fact that the limit of human taste perception is around 120 IBU. The menu put together for the season-opening event by beer connoisseur István Vásárhelyi and the Aria Hotel’s chef Gábor Ferencz showcased the diversity of hops, with a lineup of beers ranging from those made with the classic, “noble” hop varieties to the new wave of beers with aromatic and more discrete hop flavourings.

“In the space of only a year, the “Sör mi több” program has become a part of the ‘discourse’ on beer. A new kind of beer culture is taking shape, without which there would be no contemporary Hungarian gastronomy. This year, we’re bringing out the flavours in beer, starting with the hops, which were known to the first Hungarian settlers and were once grown here too,” said Attila Schillinger, director of the Association of Brewers at the opening event of the 2016 beer season.

Those who attended the celebration were not only enriched with a truly unforgettable gastronomic experience, but the most adventurous had the chance to try their hand at hop cultivation by adopting a hop plant. Help in growing the hop plants will be available from the Sör mi több Hops Club.

The association hopes that we will be able to spend another summer enjoying the responsible consumption of high quality beers and the foods that complement them. We won’t have to wait long for the first public event in the Sör mi több? series, as a special exhibition is being held at the end of May, with the aim of tempting the ladies over to beer.