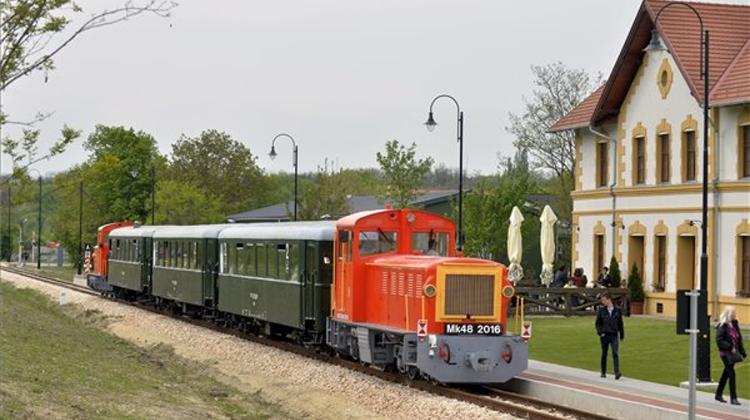 There is a great need in the country for tourism based on small railways, Prime Minister Viktor Orbán said Saturday upon dedicating the small 5.7km railway service that runs between the Felcsút stadium near his home to the Alcsút Arboretum.

He said 800,000 tickets were sold last year for the 15 forestry railways in Hungary.

Existing services should be upgraded but there are also proposals that the number of small railways should be increased.

The overall cost of the project is Ft 857 million, of which the EU provided Ft 600 million.

The train could not leave the station as Democratic Coalition activists stood in front of it, while two others lay on the tracks and a few more held up a banner with the words “let them spend our money on education and health care instead of hobby trains”.

After police officers forcibly removed the activists from the tracks the small train set off on its run with a 30-minute delay.