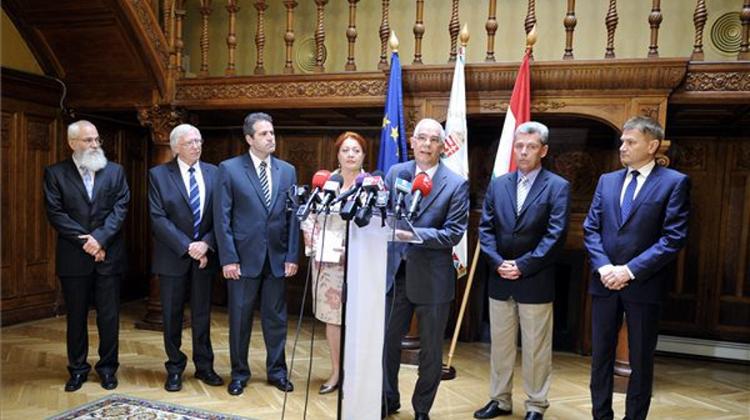 The government has reached an agreement with health-care unions on raising base salaries in the sector starting in September this year, the human resources minister announced on Thursday. The base salary of doctors and pharmacists will increase by gross 107,000 forints (EUR 344) from September 1 this year and by another 100,000 forints from November 1, 2017, Zoltán Balog told a press conference.

Resident doctors will see a pay rise of 50,000 forints in November next year. The ministry will also introduce a new wage scale for nurses and other special assistants. Their base salaries will rise by 26.5 percent this year, 12 percent next November and by 8 percent both in 2018 and 2019.

By 2019, the wages of nurses and assistants will have doubled compared with their wages in 2012, the minister said. Over the past four years the government has spent some 500 billion forints on renovating hospitals and now it will spend another 100 billion forints on wage hikes, he said.

He added that some of that money may also be spent on increasing the wages of social, culture and public administration workers. On the topic of the government’s plans to upgrade Budapest hospitals, the minister said details of the scheme had yet to be finalised.

He added, however, that the government has no plans to close any hospitals but may relocate certain services from some hospitals to other health institutions. Balog confirmed that a new hospital would be built in Budapest’s 11th district.

The opposition Socialist Party’s leader said the hike was needed but it should have been bigger. The Socialists have consistently called for a 50 percent wage increase in the public sector, József Tóbiás told a press conference, adding that what the government announced is only half of that. He said manual workers, maintenance staff and ambulance staff should also get a wage hike.