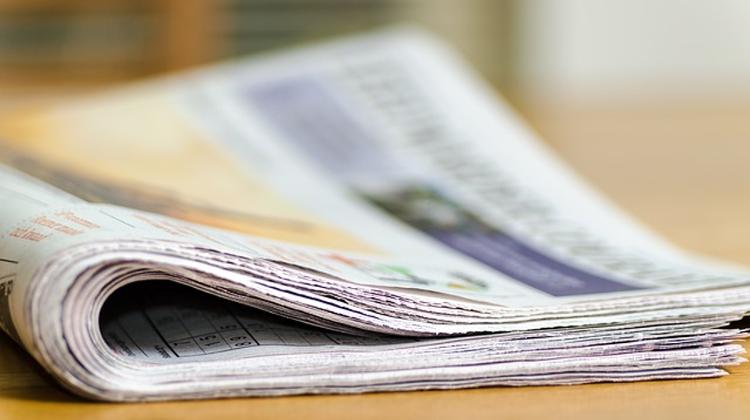 Claims by Tamás Portik, a prominent figure from the Hungarian underworld, that he gave a leading Fidesz politician the equivalent of 10 million forints in Euros receive a different reception in left and right wing media. Pro-government news outlets find contradictions in his testimony, while the leading left-wing daily is undecided.

Portik (who was condemned to 15 years in prison last month in one of the several murder trials he has been facing), testified as a witness in a libel suit cabinet minister Antal Rogán filed against Együtt vice-chairman Péter Juhász, who claimed that Mr Rogán was a criminal. Juhász, a member of the council of Budapest’s 5th district accused former mayor Rogán of selling vacant shops at low prices to people who he supposed would reciprocate the favour. From Munich, where he held background conversations with newsmen, the Minister retorted that he had never met Portik.

Népszabadság’s front page headline runs ‘Rogán price-tagged by Portik’. In its front end editorial, the left-wing daily believes that Mr Rogán could not credibly justify his lifestyle, and Portik’s allegations offer a possible explanation. Nevertheless, the editors admit that Portik’s words cannot be taken at face value and that he may be driven by revenge for being in prison, while ‘his old acquaintances are sitting in VIP lounges’.

Reporting on the trial in Magyar Hírlap, Tibor Csibra quotes the witness as saying that he had been asked to tip off the mayor by Árpád Habony, who is now an informal PR adviser to the Prime Minister, through his (Portik’s) lady companion, Mariann Pápa. However Ms Pápa not only denied having ever lived in civil union with Portik, but even told the press she had never had any contact with him.

Pestik Srácok finds that Portik contradicted himself, when about two years after he supposedly handed over the equivalent of 10 million forints to the mayor (but still during the term of the left-liberal government), he met the chief of the counterespionage service and offered his assistance in producing damaging material about Fidesz politicians. In one instance he seems to have actually delivered – a man accused Lajos Kósa, then mayor of Debrecen, now Fidesz floor leader in Parliament of taking bribes, but then confessed to police that he had been blackmailed by Portik to make such statements. During his conversation with the counterintelligence chief (whose recordings were to be published later by Pesti Srácok), Portik said he had never given money to right-wing politicians, only to left-wing ones.

In his Magyar Idők account of the trial, Dániel Vígh remarks that when asked by Rogán’s lawyer, Portik said that he had told the truth when he claimed that he had never given money to right-wing politicians. Otherwise, when asked about the circumstances in which he claims to have handed over the bribe to the mayor, he did not elaborate.