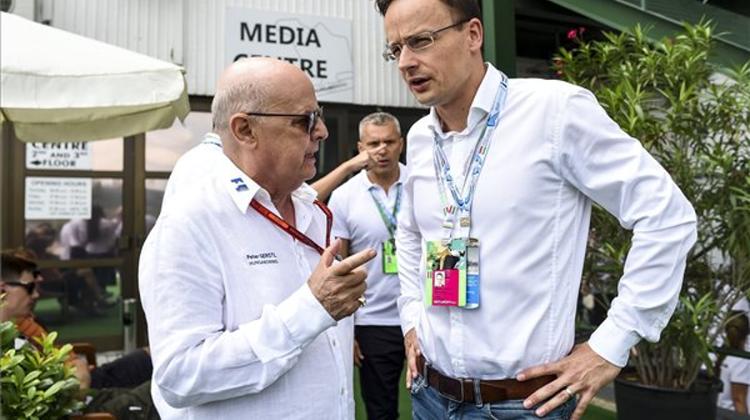 Foreign Minister Péter Szijjártó said on Saturday that it is in Hungary’s national economic interest that Formula 1 should be brought to the Hungaroring every year, and the government is setting aside 5 billion forints in the 2017 budget for revamping the track.

Speaking ahead of the qualifying round of the 31st Hungarian Grand Prix with Formula 1 chief Bernie Ecclestone, Szijjártó told MTI that Hungary can keep to the originally planned 3-4-year refurbishment programme at Mogyoród.

“The asphalt has already been changed and new curbs and drainage have been added,” he said. “Next year we want to renovate the main building or build a new one as well as renovating the grandstands on the main straight and next to the track,” the minister added. In this respect, the Hungaroring lags behind other tracks, he said.

Szijjártó noted that Hungary already has a contract until 2026 with Bernie Ecclestone’s Formula 1 Grand Prix, and after 2021 financial conditions will be much improved on the current arrangements.