Now On: Open-Air Mini Concerts At Ten Venues In Budapest 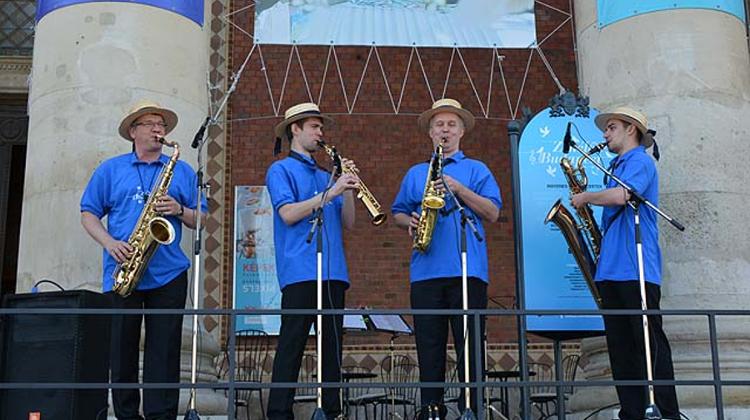 The program series called “Budapest, the City of Music” is organized for the second time this year, during which audiences can listen to 15-20 minute long free open-air concerts until the end of August, at ten different venues: including. neo-Renaissance court of Várkert Bazár, the balcony of Hungarian Heritage House at Szentháromság tér, the stairs of St. Stephen’s Basilica, the courtyard of Vajdahunyadvár, and this year’s new venue, the stairs of Műcsarnok (Kunsthalle Budapest) as well as the squares of Deák tér, Vörösmarty tér and Vigadó tér.

Altogether 80 musicians are performing chamber concerts, playing pieces, which were specifically written for this occasion and are also attached somehow to the venue. The repertoire selects the best pieces of Bach, Haydn, Mozart, Schubert, Chaikovszky, Chopin, Paganini, Bizet, Verdi, Doppler.

The concert series are realized by the Budapest Festival and Tourism Center, the organizer, in cooperation with the Municipality of the City of Budapest and the Cabinet Office of the Prime Minister.