Szijjártó: Stability East Of EU Just As Crucial As Stability In South 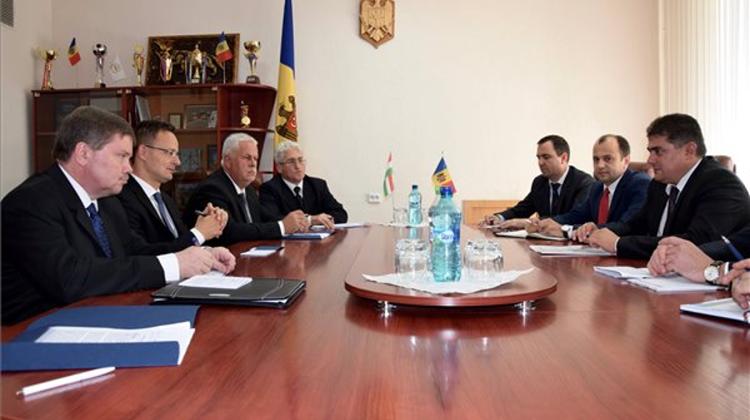 Szijjártó and his partners agreed to intensify bilateral economic relations in agriculture, the pharmaceutical industry and water management. Regarding agricultural ties, the minister noted that both Hungary and Moldova are committed to making Europe a GMO-free zone.

Hungary and Moldova signed a food security and agricultural cooperation agreement. The two countries also agreed that Hungary would export 400,000 US dollars worth of irrigation technologies to Moldova within the framework of a UN programme to help modernise the country’s agriculture.

In their talks on the trade of pharmaceutical products, Szijjártó asked his partners to provide a more flexible and favourable business environment for foreign pharmaceutical companies. He noted that Hungary’s Richter was a market leader in Moldova, and said that the company could increase its market activities there in a more favourable business environment.

Szijjártó said Hungarian water management technologies are in high demand in Moldova. He said Hungary’s Eximbank had opened a 61 million euro credit line to boost trade in this area and ensure that the bilateral trade volume exceeds 100 million euros.