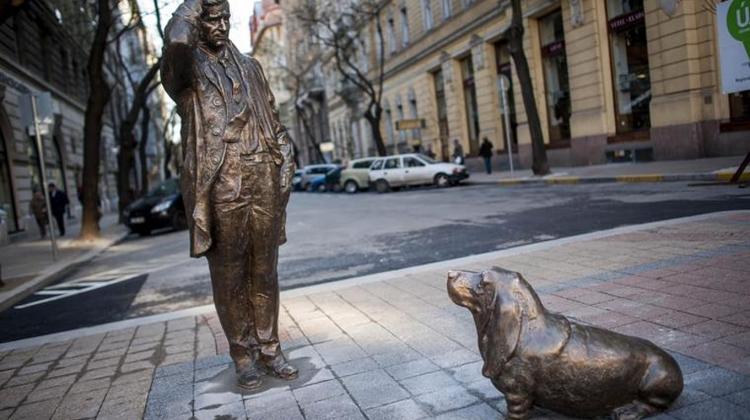 Both foreigners and locals wonder how Peter Falk’s legendary Lieutenant Columbo and his pet basset hound landed right at the foot of the Pest side of Margaret Bridge. Whoever the mastermind of this idea was, must have fallen into the trap of the ’Everybody is Hungarian’ fallacy.

The bronze statue was commissioned in 2008 by the District 5 Local Government under the false assumption that Peter Falk’s ancestor was Miksa Falk after whom the street is named.

Indeed, the last names coincide, and true, Peter Falk had some Eastern-European ancestry, but – as it turned out – to connect the American celebrity with Miksa Falk, a 19th century highly respected figure of Hungarian journalism and politics was just a colossal blunder.

Miksa Falk was instrumental in the making of the compromise with Austria, a confidant of István Széchenyi in the latter’s last years, a stern supporter of Ferenc Deák, and what he’s most remembered for is that he was asked to teach the Hungarian language to Empress Elisabeth, popularly known as Sisi.

Never mind, now that the statue is there, it’s a popular tourist photo opportunity, an excellent selfie point since you have the choice to make a selfie with either the excentric detective or his pet dog.

The Fungarian team is delighted by this awkward show-off of Hungarianness and we decided to include it in our fun BEST SELFIE POINTS IN BUDAPEST tour. More info on our webpage.