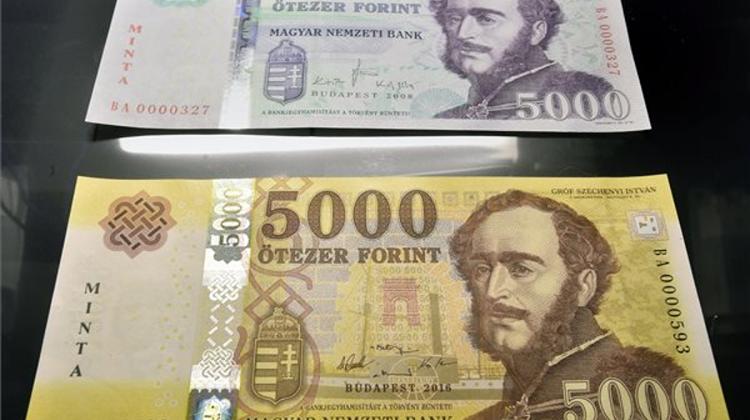 The National Bank of Hungary is upgrading the 2,000 forint and 5,000 forint banknotes it issues, deputy governor Ferenc Gerhardt told the press. The images on the bills will remain unchanged, but they will get enhanced security features, Gerhardt said. Legislation on the new bills will come into force from Tuesday, but they will not enter circulation until March 2017.

The old 2,000 forint and 5,000 forint bills will remain in circulation until the end of next July, but they may still be exchanged, free of charge, at banks and post offices for a period of three years and at the central bank for 20 years.