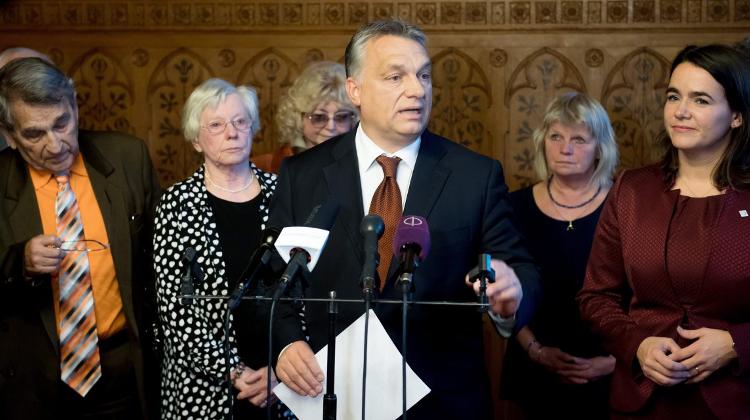 Pensions will rise by 1.6 percent next year and each pensioner will receive an end-of-year bonus of 10,000 forints in Erzsébet vouchers, Prime Minister Viktor Orbán said after a meeting of the Seniors’ Council on Tuesday.

Orbán said that the vouchers would be paid from this year’s budget surplus and pensioners will receive it before Christmas or before the end of the year.

“This is a gesture, an expression of respect for the retired,” he said. Orbán said the targeted pension rise for 2017 will be raised from 0.9 percent to 1.6 percent. Like at the end of each year, pensions will be revised and if necessary corrected in November 2017, depending on inflation, he said.

If inflation is higher than expected, pensioners should be given extra money, he added. This year “the Hungarian economy had a good track record” which has allowed sharing some of the budget surplus with pensioners, he said.

Good news for pensioners in 2017 include the VAT reduction on basic foods, maintaining the public utility fee cut scheme, a one-off payment of 10,000 forints (EUR 32) and the 1.6 percent pension increase, the prime minister added.