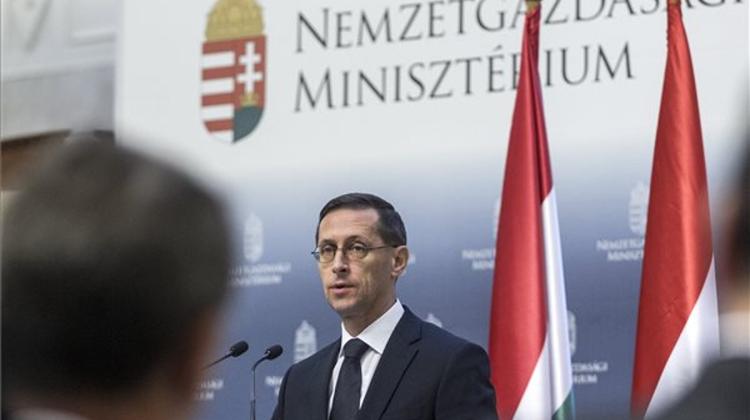 A forint/euro exchange rate in the 310-315 range is slightly weaker than what the economy ministry had anticipated, but this does not affect the government’s debt reduction strategy, and there is no need for “magic tricks”, Economy Minister Mihály Varga told the Thursday edition of weekly Figyelő.

Varga said Hungary’s debt-to-GDP ratio had been on a declining path for the past five years and was moving ever closer to what is considered the optimal ratio of 60 percent.

As regards Hungary’s debt financing, the minister said the government had no immediate plans to issue foreign currency bonds, adding, however that it could not be ruled out either, given the favourable yield environment.

In December, Hungarian officials held another meeting with investors, which Varga said would help Hungary gauge interest for the possible issue of an onshore “panda” yuan bond.

“If feedback is good and market conditions are favourable, a concrete issue could take place next year,” he added. Asked about Hungary’s prospects of joining the euro zone, Varga said Hungary today would have more to lose than gain from adopting the common currency. But if more and more central and eastern European countries join the euro zone, Hungary will have to be one of them, he added.

He said theoretically Hungary would be capable of adopting the euro at any time, adding that the only requirement Hungary had yet to fulfil was the exchange-rate convergence criterion, which he said was a conscious decision.

“It is up to us to decide when we begin the [euro] accession process,” he said. Responding to a question about Budapest Bank, which the state acquired from GE last year, Varga said the lender could be sold in H1 2017.

A number of players, some with a presence in Hungary and some new to the market, have expressed interest in Budapest Bank, but for now nobody wants to pay the some 700 million US dollars the acquisition cost the state, he added.