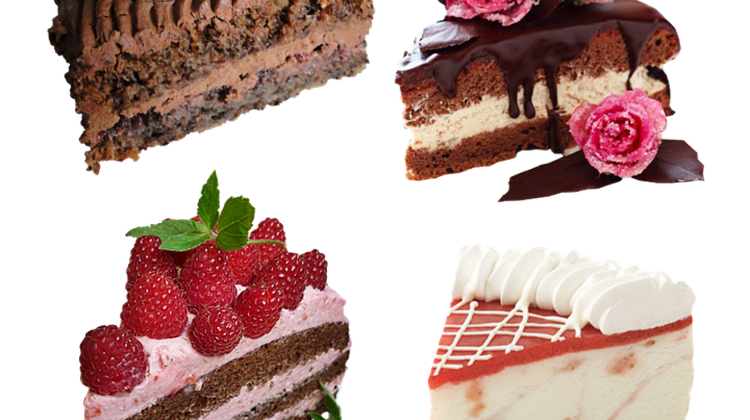 Dobos cake, Gerbeaud slice, Esterházy cake... Confectioneries are an important part of culinary traditions in Hungary, and it's not extraordinary to find one which can boast with a centrury-old history, or familiy businesses where several generations continue traditions. Let's check the most renowned classic confetcioneries of Budapest.

Chocolate tree and life-size marzipan girl figure: these are just a few of the attractions of Szamos Gourmet House, opened ion the recently refurbished beautiful building of Váci Street 1, former Stock Exchange Palace of Budapest. Szamos marzipan company and chocolatier was founded in 1935, and today the company has several confectioneries and shops, with a wide range of products.

Szamos Gourmet House is their flagship store. In addition to the classical choice, the sweet- shop also offers sweets and plated desserts that are French-like or typical of the Austrian-Hungarian Monarchy.

Szamos Marzipan opened another cafe just by the Hungarian Parlament on Kossuth Square in July 2016. This is the company's 26th outlet and it's stylish and contemporary interior reflects the new vision the management has for the ‘Szamos Today' brand. This includes offering healthy alternatives, alongside the traditional menu that has been developed over their 80 year history.

Also within the new cafe is the Chocolate Museum. This six room museum showcases Szamos's unique collection of more than 1,500 pieces of chocolate craftsmanship, which had been collected by the family for decades, plus educates visitors on the chocolate manufacturing process.

Continuing the tradition of the Szamos Marzipan they also provide a place in the cafe for the popular Chocolate School and Cake factory where visitors can learn how to create different confectionary delights. Visitors can also shop for delicious souvenirs..

A 50 seated meeting room has been crated on the upper floor which is the perfect unique place for a press conference or other event.

Located in the beautiful Castle District, just a few steps from Matthias Church and Fisherman's Bastion, Ruszwurm is a must-visit part of any excursions to this area – enjoy breathtaking views of the city, then have a rest in Ruszwurm and taste krémes, their most famous product. Located in a tipical small historic building of Buda Castle, the confectionery has exquisite antique furnishings.

Ruszwurm is the oldest family-run business, beginning of it dating back to 1927 when they opened their first confectioneries. Entering to Ruszwurm confectionery in the Castle, you will feel as if you stepped back to the 19th century. Their pogácsa (salt puffs, a type of small, round salt cake) and rétes (strudel) is also worth tasting!

Perhaps the most well-known of such Budapest institutions, Gerbeaud got it's name from a Swiss-born confectioner, moving to Budapest in the 19th century. Found in an elegant building at Vörösmarty Square, the Gerbeaud House preserves the spirit of the ambitious gastronomy of Emil Gerbeaud up to the present. „Our task is to introduce new flavours and textures to those who are enthusiastic about gourmet foods, and to assist them in their discovery of good, quality products.

We strive to resurrect flavours from the rich past of Hungarian confectionery, and to recreate them in forms appropriate to modern tastes and ingredients" – this is the motto of Gerbeaud today. Gerbeaud slice, invented in the 19th century and becoming one of the most popular Hugnarian desserts also originates from here.

Five generations of skilled confectioners: this is the history of Auguszt confectionery, having two shops in downtown Budapest, one in Buda (near market of Fény Street) and the other in Pest (in Kossuth Lajos Street). Elek Auguszt, the founder of the dinasty opened his first shop in 1870. Sweet and salty pastres, cakes and ice creams await visitors, among them some cake specialities (E80 and XC cakes) created to commemorate of the anniversary of the birth of famous confectioner and great-grandfather of today august family generation, Elek Auguszt.

Founded in 1901, more than 110 years old Daubner confectionery is located outside downtown Budapest, in the Buda side of the city. It is such a famous institution that it's vicinity is advertised as an attraction even by estate agents. Founder of Daubner was Béla Daubner, who opened his forst confectionery at Orosháza, which moved to the capital in the 1950's to Szépvölgyi Street, where it operates today. Sweet and salty pastries and cakes include traditional classics and new innovative ones too.

A little bit younger than the previous ones, Nándori Confectionery in 9th District of Budapest, in Rádaí Street was opened in the 1950's. Also operating as a family business, one of it's main success is that they won Cake of Hungary competition (birthday cake of Hungary created every year for 20 August celebrations) in the sugar-free category.

Pies an strudels, cakes and many other sweet and salt pastries can be tasted in the deservedly popular confectionery.

Also founded in the 1950's, Jégbüfé (the name menaning 'Ice Buffet') was inseperable part of the very heart of Budapest, Ferenciek (former Felszabadulás) Square. With it's huga panorama window it was a perfect spot to enjoy some sweets while amusing ourselves with the sight of people going by. Because of the renovation of the building, however, it had to move, just to be opened a few meters further in Petőfi Sándor Street. Getting a complete facelift, it is offering pastry and cakes with a refreshed design. There are three Jégbüfé today: on near the iconic ancestor in Petőfi Sándor Street, the other in Buda and the third has just opened recently in József körút in 8th district Budapest.

Szalai Confectionery is just next to the Hungarian Parliament. This small confectionery is also operated by a multy-generational confectioner family, opened in 1917, originally on Grand Boulevard of Budapest. Because of political turbulences of the post-war period of Hungary, this had to be closed, and founder István Szalay could open a new confectionery only in the 1950's in Balassa Bálint Street. His son, grandson and great-grandson all take on the family tradition, all becoming confetcioners too. Specialities of Szalai Confectionery include coffee doughnut.