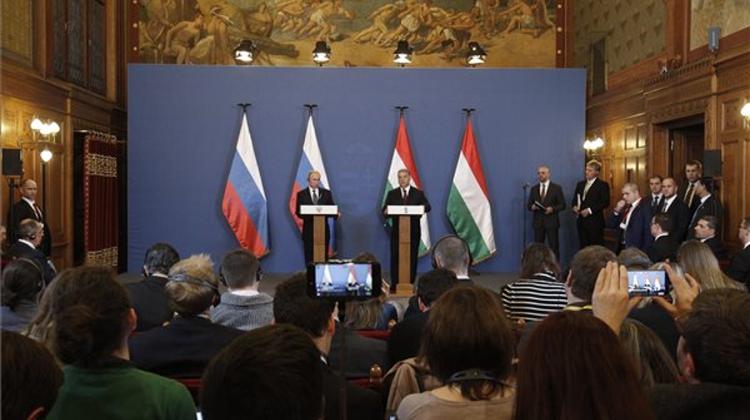 While left-wing parties cautiously avoid commenting over the past few days on the upcoming one day visit of the Russian President, left-liberal commentators express disagreement with the government’s friendly attitude towards the Russian leader.

In Népszava, Gábor Horváth thinks that despite the ‘Eastern Opening’ policy the government has been pursuing over the past four years, Russian-Hungarian bilateral trade has stagnated after a drop in the wake of western sanctions.

On the other hand, he acknowledges that Hungary knows where the guarantee of her independence lies and sends fighter aircraft to patrol the skies over the Baltic countries, hosts a NATO airbase and accepts US heavy weapons being stationed in Hungary.

If nevertheless the government entertains friendly relations with Putin, he speculates, the reason must be found in what he calls their shared view of a government unbound by checks and balances.

Gábor Horváth is one of the 14 former journalists of Népszabadság who have joined the Népszava staff as of February 1st, as Népszava announced in a communique on Wednesday.

On 444, Tamás Németh is outraged by the silence of Socialist Party leaders ahead of Mr Putin’s visit to Hungary. He finds it scandalous that the only press conference leading MSZP officials held on the eve of the summit was devoted to bird flu. In a bitter remark he says “Now the MSZP has shown why it deserves to be elected to government for the forthcoming 50 to 60 years”.