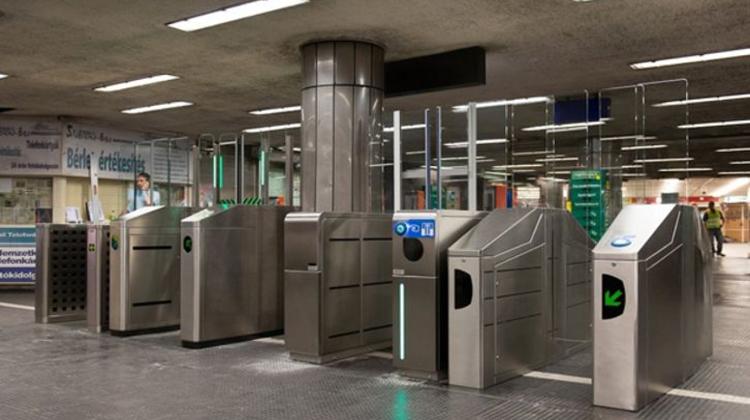 As a result of recent work progress, BKK Centre for Budapest Transport, being in charge of the introduction of the automated fare-collection (AFC) scheme, and German supplier Scheidt & Bachmann jointly approved the updated project schedule for system introduction which includes the testing of an access gate to be installed at one of the metro stations by 31 July 2017.

BKK intends to familiarise public transport users with the new system through several pilot projects the most prominent of which is the planned deployment of access gates at the Sütő utca exit of the Deák Ferenc tér metro station underpass and the mounting of validators at one of the suburban railway stations.

At these stations, public transport passengers will get the chance to familiarise themselves with the different devices along with the way to use them while BKK can test the system, based on which the two companies can start the licencing procedures. Once the prototypes have been approved and licenced, series production can begin.

As a result of the close cooperation between BKK and Scheidt & Bachmann (S&B), the third project phase has been successfully completed. Besides contractual performance, some 90 modifications had to be made to the technical requirements of the system.

The reason why these changes were necessary, among others, is that the original specifications in the contract did not include the use in public transport of the new electronic ID card (“E-szig”) phased in from January 2016, nor the transfer of the suburban railway lines or regional bus lines to the Hungarian state, nor the fundamental amendment of Act XLI of 2012 on Passenger Transport Services regarding the issuance of transport cards. BKK has made these changes jointly with S&B, with the support of the chief project financer, the European Bank for Reconstruction and Development (EBRD), along with the Municipality of Budapest.

The just-completed phase contained numerous technology-related solutions, modifications and the design and approval of new technical elements, such as the preparation of the hand-held devices for reading various travel media, the development of software-based solutions of card registration processes and the preparation of the system for the acceptance of the new e-ID cards.

The in the meantime modified requirements of the Data Protection Act have also been adopted, in order that the AFC scheme can meet passenger expectations while at the same time being in full compliance with the amended Hungarian legal regulations. Based on updated, more precise passenger counting at metro stations, the exact number of access gates to be installed could be successfully finalised, based on which implementation planning has started.

Likewise, the exterior design of the different ticket control devices and validators has been finalised. Simultaneously with the completion of this work phase, the unsettled financial issues between BKK and S&B have been cleared.

In the course of further work processes, BKK – in tight collaboration with Scheidt & Bachmann – is working on the implementation of the system according to schedule, so that Budapest public transport passengers can be provided with a convenient, state-of-the-art system.