EU Tenders To Be Published Next Week 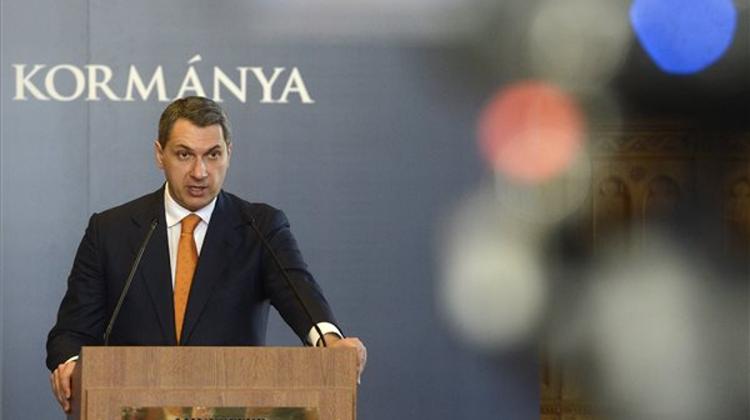 The government will publish all EU tenders for the 2014-2020 period next week, which puts the country ahead of most countries in the region, government office chief János Lázár told a conference. Accounting for the prior period will be closed by June 30 to avoid a loss of resources, and the number of contested cases is minimal, he told the conference organised by financial news portal Portfolio.

Hungary also has the highest proportion of published, committed and paid funds, Lázár said. Half the resources worth 4,000-4,500 billion forints (EUR 12.9-14.5m) are already committed, and 2,000 billion forints, or 22 % of the total, have already been paid out, he noted.

The period after 2019 “is not crystal clear”, Lázár said. What Hungarian economy is going to be capable of without EU support and state subsidies is unclear, but it is sure to herald an end to low-wage competitiveness and usher in competitiveness based on innovation, he said.

A new survey to be published soon by consultation company KPMG shows that entrepreneurs tend to use EU funding to boost their own income instead of investing in developments, Lázár said.

This is a tendency the government seeks to change, he said. The government will soon set up a project assessment programme employing 3,000 assessors to fight corruption and boost transparency, Lázár said. The scheme will be far more thorough than using private assessors, even if it is slower.

State Audit Office (ÁSZ) chief László Domokos said one of the Hungarian government’s laudable achievements was to claim all EU subsidies in the 2007-2013 period.

The 25 billion euros available in subsidies for the 2014-2020 period should be tapped with timely tendering and good economic planning, he said. He added that integrity issues were still prevalent concerning investments based on public procurement.

To avoid corruption, fraud and embezzlement, individual projects need to be closely monitored by a system designed to enforce economic integrity, Domokos said, noting the EC anti-fraud office (OLAF) report on the Budapest metro construction, which confirmed irregularities pointed to in a 2010 ÁSZ report.