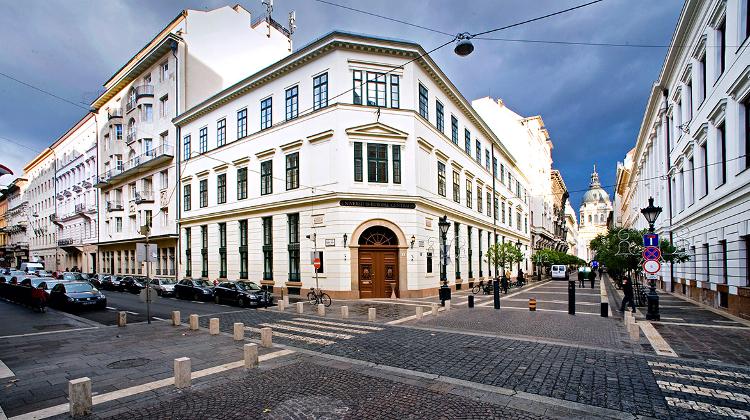 The US embassy has expressed concern over a recent bill to amend the law on higher education in order to clarify and tighten rules governing foreign higher education institutions operating in Hungary, which it says would “seriously restrict” the operation of the Central European University (CEU). David Kostelancik, the charge d’affaires at the embassy, told MTI on Wednesday that the US is opposed to any measure that would endanger the university’s operation or independence.

He called CEU a “first-class higher-education institution” which he said enjoys an “excellent reputation” in Hungary and around the world. The university is an “important centre of educational freedom” in the region, he added.

CEU has taught and employed thousands of Hungarians, Kostelancik said. He said the university, founded and financed by American billionaire George Soros, was a “success story” of US-Hungarian relations, adding that it had strong bipartisan support in the US.

President and rector of CEU Michael Ignatieff told a press conference that CEU would not close down “under any circumstances”, adding that the university intends to continue its academic programmes. The university considers Budapest its home, and intends to stay here, he added.

He said CEU considers the amendment proposal submitted by Human Resources Minister Zoltan Balog discriminative and an attack against the university.

The university also believes the amendment proposal would be harmful to educational freedom across Europe and damaging to US-Hungarian relations, Ignatieff added. He said the government should withdraw the bill and find an alternative solution.

The opposition Socialists said CEU is a national treasure, and the government’s “threat” to close it down is tantamount to “treason”.

The Socialists said in a statement that the Orban government “is always looking for new enemies” in order to distract attention from its “sins”, and after its attacks against NGOs and Brussels, it has now launched an attack against the CEU. CEU is among Hungary’s top-ranking universities each year and several Hungarian leaders have been among its graduates, including ruling Fidesz government members and one of the party’s MEPs, the Socialists said.

The Socialists will stand up for CEU and call on all opposition parties and educational institutions to follow suit, the party added.

The human resources ministry said on Tuesday the measures were needed after a government probe found violations and shortfalls at the “majority” of foreign colleges and universities that offer instruction in Hungary.

In the bill’s justification, Zoltán Balog, the minister minister of human resources, noted that “educational cooperation with countries outside of the EU is an important goal of cultural policy in Hungary” but adds that provisions in the Higher Education Act must define the “direction of international cooperation in higher education” by drawing boundaries, supporting the intentions of the government and its foreign policy goals, and ensuring that the entry of students and educators into the country complies with aspects of national security.

The bill is an “underhand, ideologically based” attack on the highest-ranking university in Hungary, Vadai said. Instead of attempting to close it, “any normal government” would strive to open up such an institution to benefit as many people as possible, Vadai added.

The Együtt party said the government’s “xenophobic campaign which paints George Soros as the devil” was an attempt to discredit the CEU. Együtt lawmaker Szabolcs Szabó told a press conference that he called on the government to “take its hands off Hungarian higher education and respect its autonomy”.

The LMP party said pushing the CEU out of Hungary would be “a shameful milestone in the history of [Hungarian] education and culture”. LMP said in a statement that the proposed amendments to the higher-education law could severely damage its institutions.

State secretary for education László Palkovics said in a press briefing on Wednesday that foreign institutions would only be allowed to award degrees in Hungary if their work here is regulated by an inter-state agreement.

Universities are audited every five years and the recent audit had uncovered irregularities at several foreign universities, he said. The universities have to comply with the new regulations by February next year, Palkovics said.

Those failing to adjust will be allowed to finish running courses but would be barred from launching new ones from September 2018, he said. The new legislation does not target CEU or George Soros, Palkovics said, but aims to apply Hungarian law to all the 28 higher-education institutions operating in the country. Palkovics is to meet CEU’s President to discuss the situation, he said.