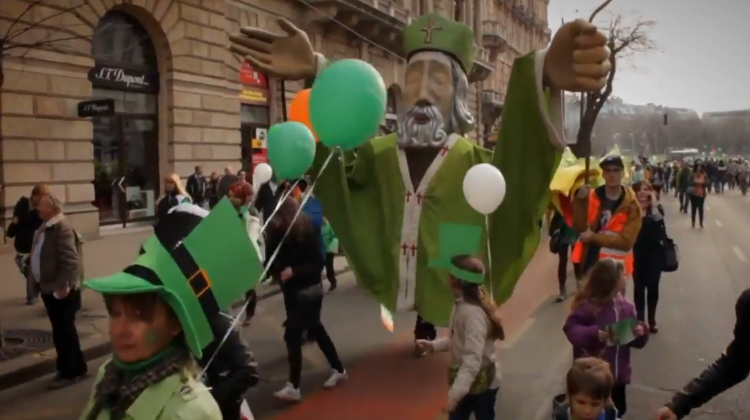 Several spots in Budapest will 'turn green' on Saint Patrick’s Day, the national day celebrating Ireland’s patron saint, on March 17, to be followed by a traditional parade on Sunday, the Irish Embassy told us today. On Friday evening the Chain Bridge, the Palace of Arts, the all-new Tüske Sports Hall, and the Bank Centre housing the embassy will be lit up in green - with many St Paddy's festivities following over the weekend.

The initiative will join a world-wide programme under which some 240 landmark buildings around the world including the Eiffel Tower and the Sydney Opera will turn green.

Events will begin in Budapest on Friday with a reception at which Irish government State Secretary Marcella Corcoran Kennedy will celebrate St Patrick’s Day together with representatives of the Hungarian government.

The state secretary will present the embassy’s annual scholarship to two Hungarian students supporting their scientific research in Dublin, it said in a statement.

On Saturday evening the annual Irish Business Gala Dinner “Craif agus ceoil” will be held with prominent representatives of Irish and Hungarian businesses in attendance.

In a highlight event, the traditional St Patrick’s Day Festival and Parade featuring stiltwalkers, jugglers, Irish wolfhounds and musicians will be held in the city centre on Sunday afternoon.

Participants will leave at 3pm from Szabadság Square to march through central streets to Andrássy Avenue to the Fogasház Club where an Irish pub festival will be organised.

The parade will this year be joined for the first time by 52 pipers arriving from Ireland. Patrick is Ireland’s revered saint who spread Christianity on the isles in the 5th century.