Controversy Over Flood Protection For Római Embankment In Budapest 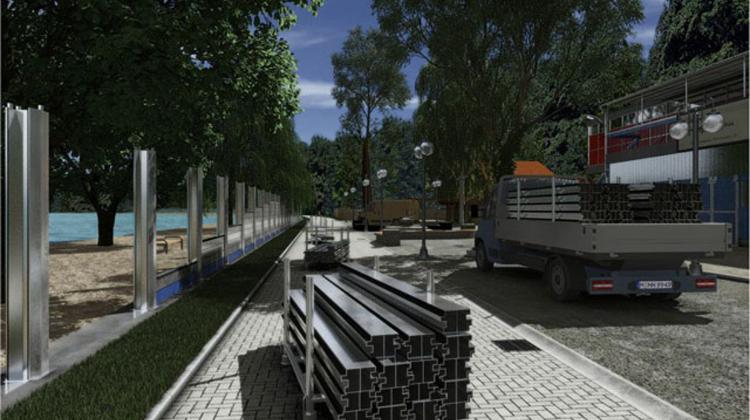 Opposition parties and civil groups on Wednesday called on Budapest local council representatives to vote against current plans to build a mobile flood levee on the Római embankment in northern Budapest, which environmentalists say would harm the local ecology.

The Socialists said there has been no sensible dialogue so far about flood protection at the Római embankment and demanded a fair comparison between the alternative solutions.

The green opposition LMP said a mobile levee would be a riskier solution than a protective dike along the Nánási and Királyok roads.

Party representative Antal Csárdi said Mayor István Tarlós had cheated everyone by not ordering a detailed comparative assessment of the two possible solutions, it said, insisting that building the dike further away from the Danube would be safer and the other solution would only serve to protect property developers’ interests.

The Democratic Coalition (DK) party said that even paying the 7 billion forints extra costs of the Nánasi-Királyok roads dike would be worth it because the natural environment of the Danube embankment could then be preserved. The Párbeszed party again called for a Budapest referendum on the how to protect the Római embankment from floods.

Co-leader Gergely Karácsony said a referendum would enable real professional dialogue and wide social dialogue about the future of the last natural Danube embankment in Budapest.

The civil organisations FÁK a Romain and Greenpeace called on the representatives not to vote on the current plans until the decision is properly readied and the demands of the public are assessed. Some 10,719 people have signed a petition so far demanding that the current character of the embankment is preserved and an environmentally conscious solution is prepared for flood protection, city development expert Iván Tosics told a press conference at the city hall.

The general assembly meeting approved the plan with 19 votes in support, 2 against and 4 abstentions

. In line with the proposal submitted by deputy mayors Gábor Bagdy and Balázs Szeneczey based on expert opinions, the levee to protect the area around the Csillaghegy inlet from floods will be built on the Danube embankment along the Barat stream and the Aranyhegy stream.

By approving the proposal, the general assembly expressed its dedication to maintain the current recreational and sport functions of the Danube embankment and decided that the basic function and character of the area must not change after the building of the levee.

Opposition parties and civil groups earlier on Wednesday called on Budapest local council representatives to vote against current plans to build a mobile flood levee on the Római embankment in northern Budapest, which environmentalists say would harm the local ecology.