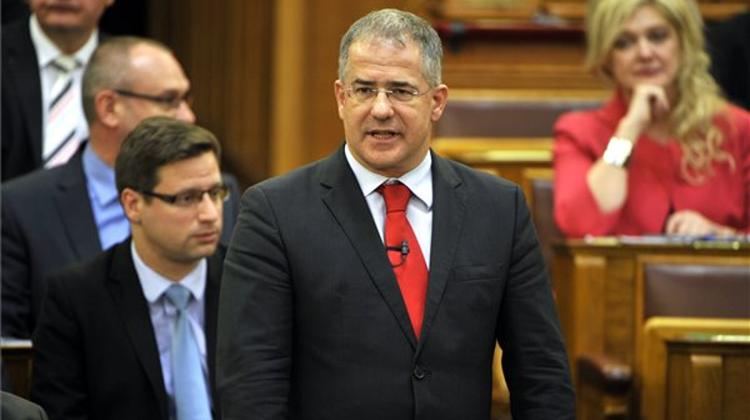 The 2018 budget supports the development of a labour-based society and families who want children, as well as Hungary’s security, the ruling Fidesz party’s group leader said.

The minimum wage for unskilled and skilled workers will continue to grow next year, employer contributions will be reduced, the family taxation system will be maintained, tax allowances for families with two children will increase, spending on home creation will rise and further tax cuts will be introduced to help families, Lajos Kósa said commenting on the budget bill submitted on Tuesday.

Some 100 billion forints (EUR 320m) more will be spent next year on Hungary’s security, he added. Speaking about tax affairs, Kósa said the advertisement tax will be 7.5% instead of the originally planned 9%.

The 7.5% will be maintained until the European Union obligation to refund earlier ad tax revenues in the budget is met. In response to a question about how long this would take, he said around four years.

Meanwhile, Kósa said that a Fidesz amendment proposal on transparent campaign financing aimed to prevent parties from becoming “slaves” to billionaires. Hungary’s left wing, he insisted, was financed by Hungarianborn US financier George Soros, whom he described as an “international speculator and filthy rich”.

At the same time, radical nationalist Jobbik was “bought by the kilo by billionaire Lajos Simicska”, he added, referring to the construction and media magnate who fell out with his one-time childhood friend Prime Minister Viktor Orbán.

The law requires two-thirds majority support to pass and if it fails, then “those who voted against it can say the word corruption only if it refers to themselves”.