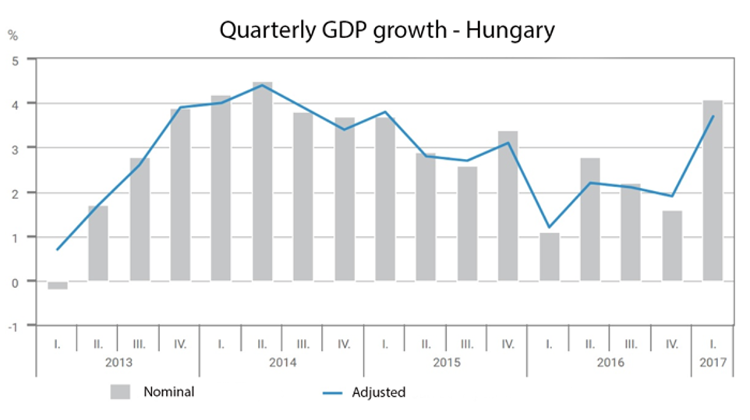 Most of the growth took place in the industrial and service sectors. Adjusting for seasonal and calendar factors, first quarter GDP growth was 3.7 percent, or 1.3 percentage points higher than the first quarter of 2016.

The Ministry for National Economy attributed the growth in part to higher wages.

Construction activity increased 24.7 percent over last year, which suffered a 27.6 percent decrease in 2016 over the previous year.

The financial daily writes that growth in processing industries, including car manufacturing, computers, electronics, and optical products, probably reflects the impact of EU supports, as well as a significant increase in new car sales.

ING Bank head economist Péter Virovácz reportedly told Vg.hu GDP growth may exceed 3,5 percent in 2017, and that the 4.1 percent annual growth projected by the Ministry for National Economy does not seem unduly optimistic.