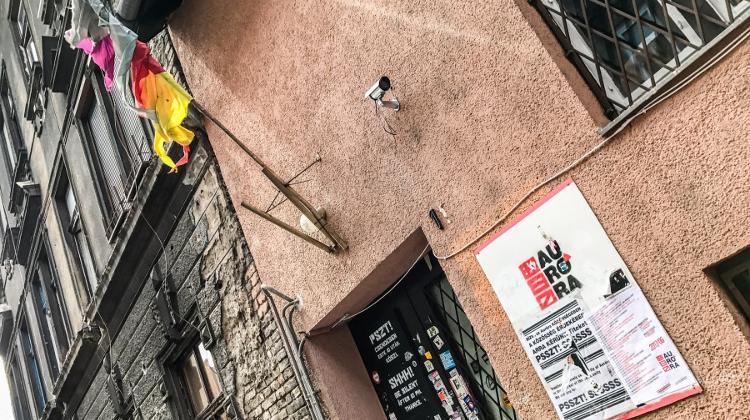 The notary of the Eight District has closed the club Auróra with immediate effect after 15 customers were found with the possession of drugs during a police raid, the local government announced.

The authorities reported that the closure was in reaction to a public demand for its closure. Auróra will be closed for business until the criminal case is over but for not more than a year.

Dialogue for Hungary used Aurora as its election base in the last local elections. Auróra also hosts civil advocacy training through an NGO run by Tessza Udvarhelyi and the club is sponsored by the Open Society Foundation.

Aurora was also a partner of Budapest Pride.