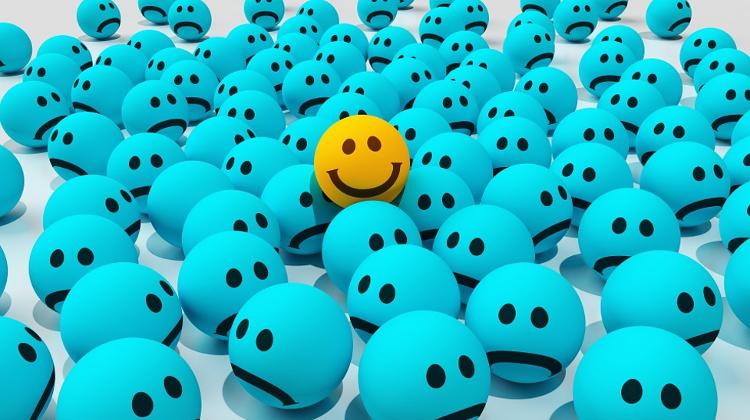 A conservative economist finds it telling that ‘Happiness indexes’ in the Visegrád 4 countries are rising while they are falling in Western Europe. She warns however that Hungary’s index is still significantly below the European average.

In Magyar Idők, Magdolna Csath, a conservative professor of economics remarks that the World Happiness Report edited by three renowned economists (an American, a Brit and an Australian) doesn’t reflect people’s subjective feelings about their lives, but it does provide a fair indication of the changes in the quality of life in the individual countries.

(It measures values of GDP per capita; healthy life expectancy; corruption perceptions as well as the readiness of families and society to help the distressed and people’s chances to change their lives.)

Hungary is now number 75 in the world which is a fairly low ranking as compared to Poland’s 46th position. On the other hand, over the past two years Hungary has improved its position by a record 29, while all V-4 countries have also made progress.

Over the same period, ratings have dropped in most West European countries. The western average is still higher, but there are notable exceptions, e.g. the Czech Republic (nr. 23) is way ahead of France (31) or Spain (34). But even Hungary’s world ranking position is better than Greece’s (87) or Portugal’s (89).

Csath believes that Hungary should first of all work on raising life expectancy levels in order to move higher up the scale.