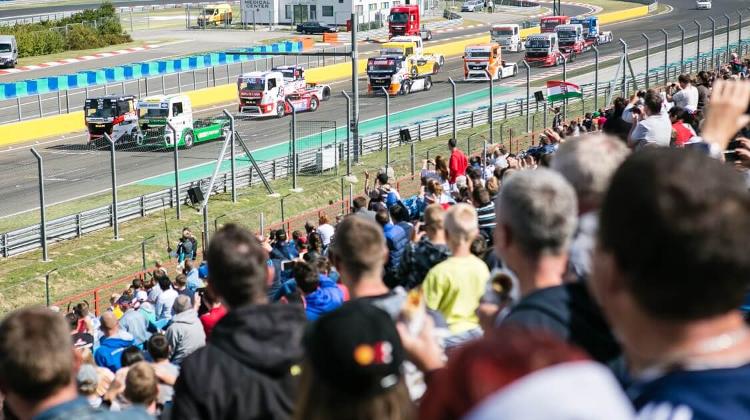 The Truck Racing Championship has its history in Hungary, the European Cup visited Hungaroring four times between 1987 and 1990. Janos Krasznai, the Hungarian pioneer of truck sports reached unbelievable results during that time.

Our company, the Truck Race Promotion Ltd. made history in 2015, because after 25 years the most outstanding, the most spectacular event of truck racing, the FIA European Truck Racing Championship returned to Hungaroring with great succes.

However, the technology and the circumstances have changed a lot during the years, but now we have a twice European champion as well, Norbert Kiss. In 2016 the standard of the weekend had raised.

We organized colorful family activities, exciting events, concerts and lots of new programs for the visitors. Moreover, the Blancpain GT Series, where the fastest luxury cars such as Lamborghinis, Ferraris, Bentleys, Aston Martins and Porsches competed for the first place, which made the event even more exciting and successful.

Expect a true festival atmosphere during the weekend, with activities for all generations.

The wildlife will be brought to life through games, adding the treasures of nature to the asphalt jungle. The younger ones can enjoy the Kidsoasis with origami and sparkling tattoos, while the elderly can watch the stunt show and other attractions during the day, with many more programs for the whole family.