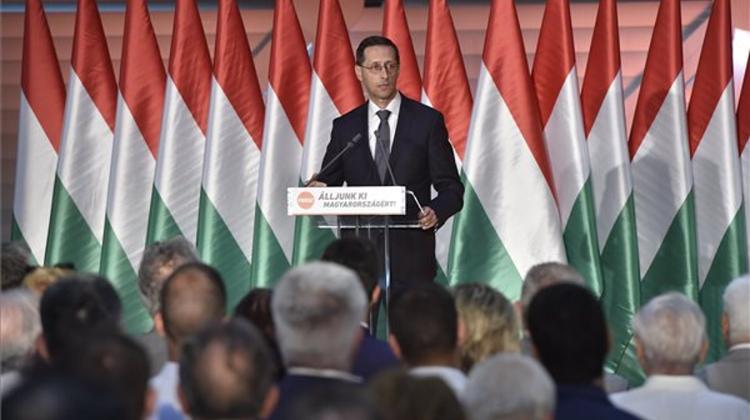 From all aspects, Hungary is among the safest countries in the world, Economy Minister Mihály Varga said at a business award ceremony in Budapest on Friday. Varga said businesses could plan ahead if the related security was in place. The economy is on a growth path and the state treasury maintains a primary surplus, while the public debt has been shrinking in the past few years, he said.

The government does not believe in solving the labour shortage by importing migrant workers. Its aim is to return the 300,000-600,000 inactive citizens to the primary labour market, he said.

The minister said that Hungary currently had 60,000 vacant positions, but added that “we still have reserves” to fill them. He said that the government would provide incentives to the inactive workforce to return to the labour market, promote part-time labour and employment of the elderly and women.

Concerning the public debt, Varga said that in 2017 the budget would spend 800 billion forints (EUR 2.6bn) on debt servicing, but noted that the total debt was on a downward path.

He said that while in 2010 as much as 50 percent of the public debt was financed from foreign sources, now that ratio has been pushed below 25 percent, the larger part of the annual debt service financed from domestic deposits.