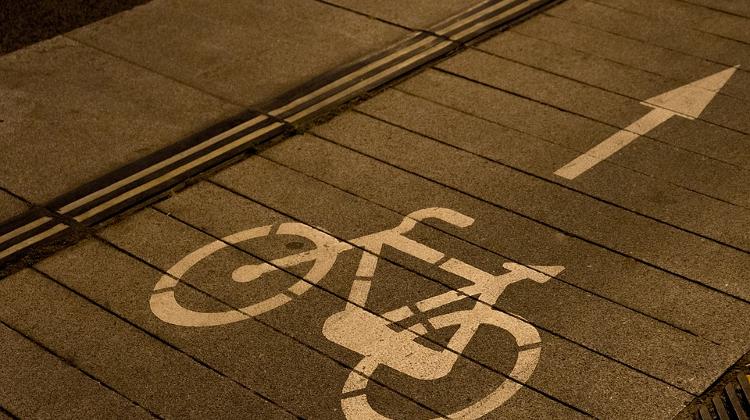 A bicycle bridge built for the FINA 2017 World Championships is closed to cyclists during the championships, reports Index.hu.

Just like many other investments over the course of the preparation for the FINA World Championships, the bridge’s final cost was more than 50 percent higher than the initial estimated cost.

According to Index’s reporting, cyclists are not allowed to ride across the bridge – only pedestrian traffic is allowed. A security guard standing in front of the bridge bars the way for cyclists.

The 6.3-meter-wide bridge connects a bicycle road with the parking lot of the Danube Arena – hardly a logical destination for cyclists. What make the investment more questionable is the existence of a bicycle crossing over the creek just 300 meters east of the new bridge.

Budapest Transport Center (BKK) justified the construction by pointing out that the bridge is also a pedestrian crossing. Indeed, it makes sense to provide a pedestrian connection from the parking lot to the other side of the creek, however the 6.3-meter width of the bridge makes it a veritable 10-lane highway for pedestrians.

BKK also stated that the bridge was built with the future expansion of the EuroVelo 6 cycle route in mind.