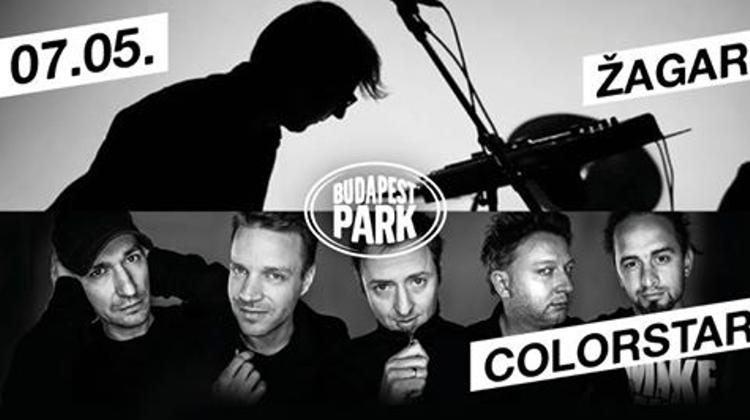 Žagar is a headliner group of the Hungarian indie and electronic music scene. Their sound is based on contemporary electronic music, jazz and indie rock adding with experimental scratches by DJ Bootsie. The results are heavy beats, atmospheric mood and sound clips from the psychedelic era of the late 1960s. Andor Kovács and the leader of the band Balázs Zságer were the co-writers of the Yonderboi album Shallow and Profound.

The band colorStar was established in 1996 by four Budapest youths who had been playing music together for some time. It moved in the direction of "scientific educational dance music" as its goal was to combine instrumental and vocal music, acoustic and electronic tunes as well as live- and mechanical music so that the final result should be a kind of music that could not be classified in any existing music categories but would represent the features of a great number of styles.

Their album "Heavenicetrip!" released in 1998 was compared in the technical media to those of Ozric Tentacles, Porcupine Tree or Hawkwind due to its stylistic components of psychedelic, space and acid rock. Thanks to its success, the band has become a regular participant at clubs and festivals in Hungary and has also had a number of well received concerts abroad.

Their second LP completed by 2001 under the title "Via La Musica". In terms of genre, it should be termed "experimental dance music" strongly influenced by electronic pop, ethno- and world music. Its success has even surpassed the first album.

The third album, "Komfort" was released in 2004. It is a more popular sounding work than the previous LPs, yet keeps the unique characteristics of colorStar's music, which include modern, accentuated drums - mostly in electronic pieces earlier - astonishingly innovative while sometimes funky (fretless) bass, typical "floating" guitar-themes and its vocal, which is supplementary, co-ordinated rather than soloistic. All that is made alive by rich orchestration.