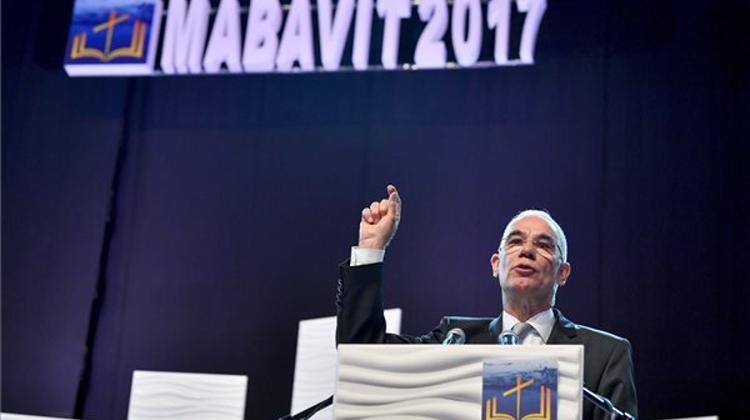 General directors who had been leading hospitals for years and whose employment contracts came up for renewal in July were puzzled by Minister of Human Resources Zoltán Balogh’s letter informing them that they can only stay on if they accept the terms of the three-month probationary employment contract.

The temporary contract does not indicate how long they may remain at their jobs once the probationary period ends. The contract says that it is effective for a maximum five years or until the ministry finishes soliciting applications for the post of general director without indicating whose position is to be filled.

By signing the contract, general directors accept that they can be removed from their post at any time.

Speaking to Népszava anonymously, one of the affected general directors said the ministry’s behavior can hardly be interpreted as anything but blackmail. “Those who behave well can stay,” the director said. “Others have to leave. And those who cannot understand nice words were given three months of probation to toe the line.”

Various sources told Népszava that directors whose contract has expired were banned from practicing their profession and their right of hospital vehicle usage was revoked. According to one source, the new contract also stipulates that hospital directors are responsible for the economic operations of their institution. “It’s like a regular Hungarian factory worker was sent to prison because the director of the factory had stolen the wages,’ the source said.

“It is true nonetheless that recently the National Healthcare Services Center (ÁEEK) has been fined multiple times by authorities and those fines must be paid by someone, but it would be great if this burden was not put on doctors and citizens but they would line up those who are responsible.”

Népszava tried to contact the Hungarian Hospital Alliance for a comment but could not reach its officials. In response, ÁEEK stated that they will call for applications for the positions of economic director and director general as soon as possible.