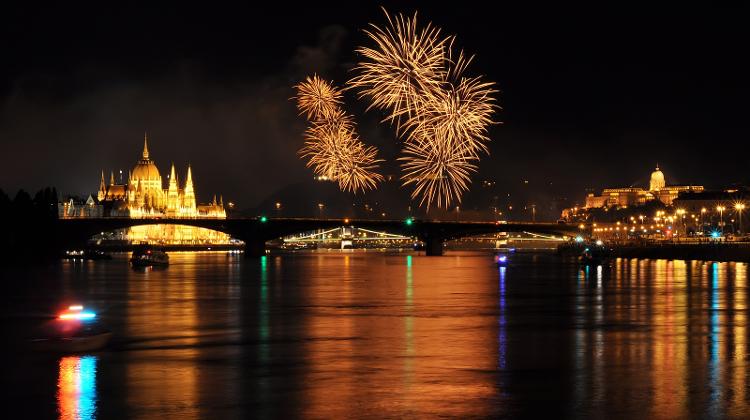 Here's a quick summary of what's officially going on this Saturday & Sunday, the 'National Holiday of the Foundation of the Hungarian State'. Included is info about an 'Air and Water Parade' in the front of Parliament, a 'Street of Hungarian Flavours', concerts at Clark Ádám Square, and the ceremonial hoisting of the national flag, plus a fair few fireworks.

Firstly for interest, a few quick facts about 'King Stephen the State Founder':

Festival of Folk Arts in the Buda Castle

8.30 -9.30  - Ceremonial hoisting of the national flag of Hungary, followed by the swearing-in ceremony of military officers (1055 Budapest, Kossuth Lajos Square)

10 a.m. - Air and water parade in the section of the Danube in the front of the Parliament

From 10 a.m. - Street of Hungarian flavours

9 p.m. - Fireworks display in the section of the Danube in front of the Parliament