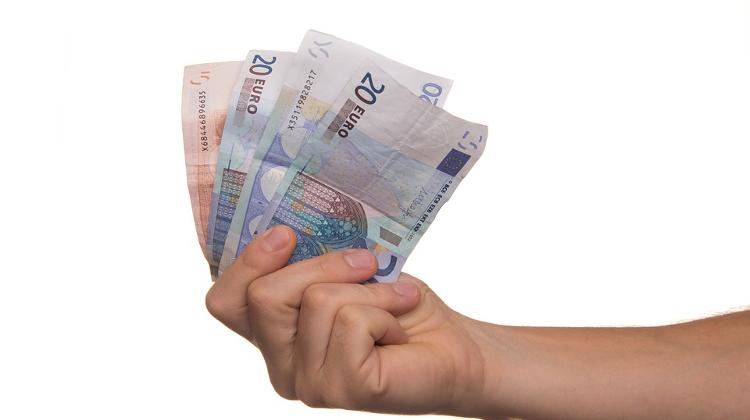 While the median average wage in EU is about EUR 1,520 not all countries are equal, so for example the largest average salary have been registered in Denmark (EUR 3,095) while the lowest in Bulgaria (EUR 406), Hungary has the third lowest net wage in EU.

The KSH noted that wages have been boosted by a higher minimum wage as well as pay increases in certain segments of the public sector and at state-owned public service provider companies.

The gross wage growth in June of 14.4 percent and growth of 12.5 percent in the first half of the year chimed with the government’s expectations, the economy minister told public television on Tuesday, after the release of the KSH data. Mihály Varga insisted that wages would continue to rise throughout the rest of the year, as would the employment rate.

Varga said the government strove to improve its long-term competitiveness, not through cheap labour, but by being part of a value-added chain.

Whereas government measures in the past few months have had a positive impact on wage growth, pay also rose thanks to continually higher demand on the labour market due to the strength of the economy, he said.

The Economy Ministry released a statement saying that real wages had risen in an unbroken streak for four-and-a-half years. It added that wages in the private sector had risen in June at a rate unmatched over the past 15 years.

The June wage increase came as a positive surprise to analysts interviewed by MTI. András Horváth of Takarékbank said he expected wages to increase by around 13 percent this year on average as a result of wage agreements and a central increase of minimum wages.

Also, wages are being driven upwards due to a growing labour shortage. He expected wages to continue to increase in 2018 on the back of the labour shortage and a further 8-12 percent hike of the two bands of the minimum wage.

Péter Virovácz, chief analyst of INB Bank, also expected a fast-paced wage rises in the second half of the year.

Pay may propel upwards even faster with increasingly tighter labour market, he added. Gergely Urmossy, chief analyst of Erste Bank, said that increasing domestic demand triggered by higher wages could further accelerate inflation in 2018, which he expected to average an annual 3.4 percent.

A tight labour market, increasing wages and gradually improving consumer confidence all suggest that household consumption could contribute heavily to economic growth this year, he said. Commenting on the data, the ruling Fidesz party said the data confirmed the continuing rise in wage levels.

The 14.4 percent annual increase is the result of the Fidesz government’s continued tax reduction measures and wage hikes, the party said in a statement, adding that if it were up to the opposition, wages would have stagnated. As we wrote before, there is a severe lack of novice skilled labor, as it was revealed by the report of Profession.hu.

The multiple years of experience is not necessarily a criterion anymore. More than 34,700 new job advertisements were submitted during the last three months.

This data exceeds last year’s second quarter by 11 percent. From January on, skilled labor wages in tourism (785 euros) may exceed the average ones (590 euros); the collective contract will be signed this autumn. This is a tactic to end the lack of labor force in tourism.