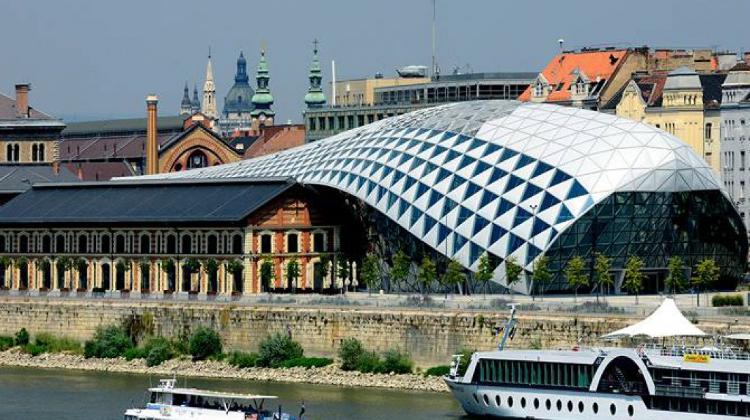 The Budapest Assembly at its regular Wednesday session voted to announce an open tender to sell the Bálna Shopping and Cultural Centre.

The decision to announce a tender for the 13,000 square-meter landmark building on the Danube received 20 votes in favour, 9 against and 1 abstention.

The minimum net sale price is set at 11 billion forints (EUR 35.5m). Mayor István Tarlós said the transaction would depend on the result of the tender. Today’s decision does not bind the city to selling the building, he said.

The proposal submitted by Deputy Mayor Gábor Bagdy said that not even the most efficient operating models would be profitable if the municipality remained the owner.

The city authority is obliged to maintain the History of Budapest Museum and the Budapest Festival and Tourism Center, which it has so far housed free of charge in the Bálna, he said, an arrangement that would likely change under a new owner.

Before the assembly’s decision, Csaba Horváth of the Socialists said that selling “the most iconic building of the city” raised suspicion of financial abuse. The city would do better to find a competent operator who could properly utilise the building’s cultural and entertainment capacity, he said.

Commenting on the decision, Marcell Tokody of Jobbik said the party did not support selling the property. Lawsuits surrounding the investment were started “because of” the pre-2010 city leadership, he added.

Erzsébet Gy. Németh of leftist Democratic Coalition (DK) said that the city leadership had shown incompetence in “failing to operate Bálna in the past seven years”. She said it was “likely” that the city authority, lacking enough money to finance the metro line 3 reconstruction, was trying to raise funds through the sale.

Bagdy said that when the current leadership had taken over the development, the Bálna was “half-built” and the contracts were unfavourable.