Force & Determination Movement: “The Migrant Camps Are Going To Burn” 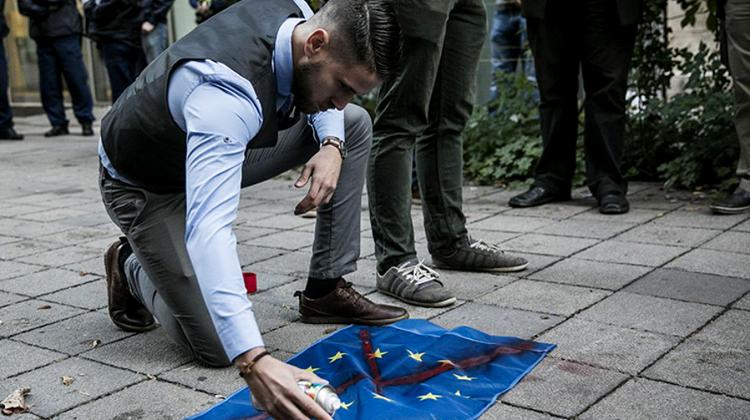 “The question is, if we let in a single one [asylum-seeker], then the others will come too,” said movement leadership member János Lantos, who added, “We’re proud we are Hungarian, we’re proud to be members of the European white race.

“If they want to continue forcing their multicultural ideology on us, then the symbols of multiculturalism, the migrant camps, are going to burn,” Lantos said. “From this place, we are once again declaring war on neoliberalism which we will continue until their total defeat.”

Holding signs reading “Hungary is not a refugee camp!”, some two dozen sympathizers gathered at the demonstration by the recently-formed movement, which brought together the neo-fascist group Outlaw’s Army (Betyársereg) and fascist youth organization Identitesz under a single banner.

“If they bring the African and near-Eastern masses to Hungary, we are going to be there with, I think, a lot of friendly organizations and we are going to stop it! It’s the end of compromises! There’s been enough political correctness! Wake up nation!” László yelled at the crowd.