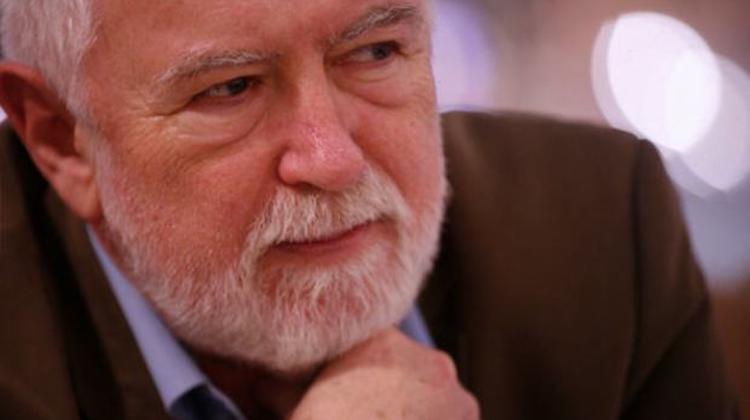 Today was an extraordinary day, one that few people believed would ever come to pass. All nine opposition parties, including Jobbik, signed onto a “national healthcare minimum,” a document that outlines the basic steps that must be taken to salvage the sinking ship of Hungarian healthcare. Fidesz was also invited to the discussions that preceded the final act of approval, but the government party refused to participate.

How did this project come into being? The description of the process might be educational for crafting future agreements in fields that shouldn’t fall victim to party politics.

First, I should say a few words about the man, Gyula Kincses, without whom this healthcare minimum project couldn’t have taken place. Kincses was an ear-nose-throat specialist who eventually moved over to healthcare management and politics.

He began his political career as an MDF member of parliament (1990-1994), but he was always more interested in healthcare management. It didn’t matter which party was in power, they all relied on his advice and expertise–from Viktor Orbán (1998-2002) through all subsequent governments–that is, up until 2010. He reached the pinnacle of his career during the Gyurcsány administration when he served as undersecretary of health.

By now Kincses is retired, but he is still extremely active. In the last five years he has been writing a blog called Asztalfiók (Desk drawer) in which he analyzes various aspects of healthcare. He is regularly asked to comment on health issues by Hír TV and ATV. As far as I know, he has not been asked for advice by this government.

On June 14, 2017, the Friedrich-Ebert-Stiftung and Political Capital held a conference titled “Can Healthcare be cured?” where, in addition to healthcare professionals, representatives of several opposition parties were invited to participate. Tímea Szabó (Párbeszéd), László György Lukács (Jobbik), Ákos Hadházy (LMP), Imre László (DK), and László Szakács (MSZP) were among the speakers. Naturally, Fidesz was also invited, but they ignored the event.

At this conference Jobbik’s Lukács was the only person to stress the “necessity of a consensus among the representatives of political life, which would elevate the issue of healthcare over and above the usual political skirmishes.”

This suggestion moved Gyula Kincses, who was in the audience, to ask Lukács whether he would sponsor such a resolution.

The Hungarian media didn’t waste much time on this conference. The only article I found appeared on Jobbik’s internet news site Alfahír, which makes sense since it was a Jobbik politician who accepted the challenge of getting all the parties involved in working out a national minimum.

A month later, on July 28, Népszava reported that the representatives of nine parties with measurable support (DK, Együtt, Jobbik, LMP, Kétfarkú Kutya, MSZP, MoMa, Momentum, and Párbeszéd) had gathered to try to identify the most basic elements necessary for a coherent healthcare policy that could be sustained over time.

One of the problems Hungary, like most countries, faces is that when a new administration comes into power it brings with it politicians with new ideas who immediately dismantle everything the previous administration had accomplished. An agreement on healthcare—or, for that matter, on education—over the long run would eliminate this extremely destructive practice.

Surprisingly, it turned out that the parties actually agreed on many of the elements Kincses found important. By the end of July Kincses was greatly encouraged by the level of cooperation he had received. Kincses gave an interview to Egyenes beszéd (ATV) in which he stressed that Fidesz would be a welcome member of the team, but the government party was steadfastly refusing to participate. However, he said, they are still waiting.

Although Kincses didn’t brag about it, by that time the document was more or less ready. By early August the final text was sent to the participating parties for discussion and for a final word of acceptance or rejection. At that time Alfahír still expressed its doubts whether all the parties would accept the final text. Well, today we at last found out that Kincses accomplished the close-to-impossible task.

All nine parties decided to support the nine basic elements of the document.

The Hungarian media can occasionally be more than irritating. None of the articles covering this story lists all nine points, but I managed to find that the parties committed themselves to spending at least 9.4% of the Hungarian GDP (EU average) on healthcare.

Currently the figure is only 7.1%. Of this, the state pays 4.8%, while the rest is paid by individuals. Out of every 100 forints spent on healthcare, 40 forints are paid by Hungarian citizens, which is much higher than in other EU countries.

The plan would lower that figure to 30%. Everyone who is insured would receive the same quality care, though private insurers could offer additional services. The document includes a promise of graduated, substantial salary raises for healthcare workers over the next five years and the restoration of the old “social security system,” which was abolished by the Orbán government and replaced with a system financed by taxation.

The first party to sign was Jobbik, followed by DK. By now only a few haven’t yet gotten around to signing the document.
Magyar Idők has been silent about this whole project. In the past few months the government media has reported nothing about the discussions concerning long-term healthcare plans. It was only Pesti Srácok which today sarcastically announced that “the great opposition cuddling materialized; of course, Jobbik is among them.” Otherwise, the paper summarized the document accurately.

This is a first step but, I think, an important one. I hope there will be others to follow. They might inspire the electorate to realize that, after all, these parties can agree on issues which are important to them.