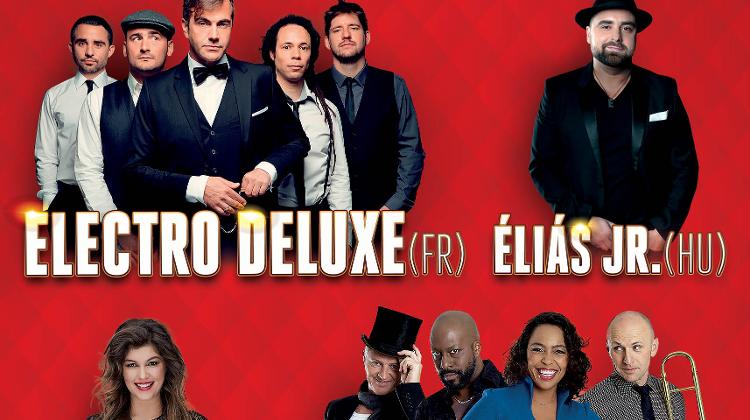 From the organisers: 90.9 Jazzy Radio is celebrating its 10th anniversary with a huge two-day event that’ll unite jazz music lovers from around the city and will combine the exciting sound of nu jazz with a variety of delicious cuisine to an unparalleled experience they simply call „jazzy”.

14th October, Saturday: when it comes to musical variety, there’s only one band where they all meet: club sounds, big band arrangements, trip hop or nu jazz. It’s De-Phazz, simply as that. The band celebrates its 20th anniversary with a tour, and the will fill up the venue again.

As for the Hungarian part: we asked two ’local heroes’ to spice up the weekend: ’Nika’ started singing at 4, she sung at the Hungarian State Opera’s Choir, then became one of the the most sought after session vocalists and now a soul diva on her own.

The other singer is ’Elias Jr.’, often referred as „The Hungarian Barry White”. Elias plays soul, funk, pop, and some rhythm and blues here and there, and he’s part of the Jazzy Family, as the station plays many of his songs from the beginning.

Extra: Jazzy 10 after party: Jazzy Radio birthday and after party on the 13th of October next door to MOMKult, in Larus Event centre. We are presenting the Hungarian Group ’n Swing with Gabi Szűcs live!

Let’s celebrate the jazz together on the 13-14th of October in Budapest!

Tickets available at: Electro Deluxe, De-Phazz, and Jazzy 10 after party