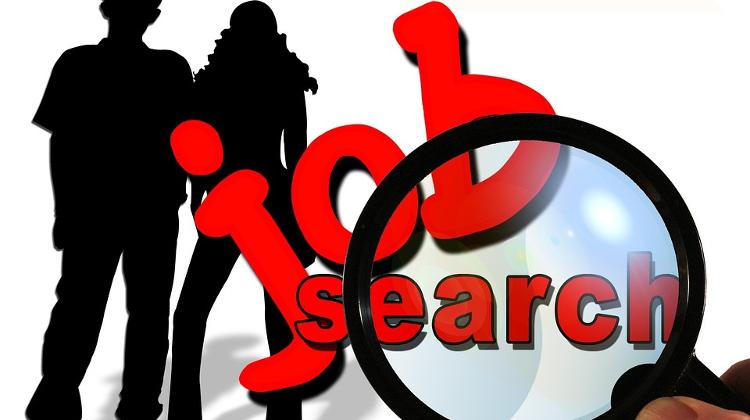 Hungary’s rolling average three-month jobless rate dropped to 4.1 percent in July-September from 4.2 percent in the previous month and 4.9 percent in the same period a year earlier, the Central Statistical Office (KSH) said on Thursday.

The rate covers unemployment among Hungarians between the ages of 15 and 74. In absolute terms, there were 188,500 unemployed in Hungary in July-September, 7,000 less than in June-August and 38,000 less than in the same period a year earlier.

The unemployment rate among 15-24-year-olds stood at 11.3 percent, down 1.3 percentage points from a year earlier. Still, the age group accounted for about one-fifth of all unemployed, KSH noted.

Out-of-work Hungarians spent about 15.4 months on average looking for employment during the period. About 40.6 percent of the unemployed had been seeking work for one year or longer.

The number of employed Hungarians during the period stood at 4,450,700, up 6,300 from the previous three-month period and up 60,000 compared to one year earlier. The employment rate was 59.7 percent, slightly up from 59.6 percent in the previous month and up from 58.5 percent from a year earlier.

The employment rate in July-September stood at 67.5 percent for men and at 52.4 percent for women. The number of employed included 190,900 Hungarians in fostered work programmes and 110,800 working abroad.

Around 20,000-30,000 people are missing from the Hungarian construction industry mostly because, although the price of workmanship has increased, the structure of the collectively agreed wages is still improper and the increased wages still do not reach people at the lower stages.

Even more Hungarians will work abroad, the differences in wealth are growing, but the gender pay gap will shrink ¬– this is what the generation Z expects from the next 10 years, turns out from Medián’s new research.

Commenting on the data, Economy Minister Mihály Varga said the Hungarian economy has added 741,000 jobs since 2010 thanks to government measures and favourable economic developments.

The data show that the Hungarian economy is continually growing and the six-year agreement signed last year between the government, unions and employers to increase the minimum wage can give new momentum to the labour market, Varga told public news channel M1.

He said the unemployment rate was at a 25-year low thanks to the government’s job protection scheme, the Youth Guarantee jobs programme and other job promotion schemes.

Analyst Gergely Urmossy told MTI that he expects unemployment to decline slowly further next year. András Horváth of Takarékbank estimated the annual average jobless rate at 4.2 percent this year and at 3.8 percent in 2018.

Net wages grew at the same pace as gross wages, also climbing 13.2 percent to 659 euros, but this salary is still one of the lowest net wage in EU.