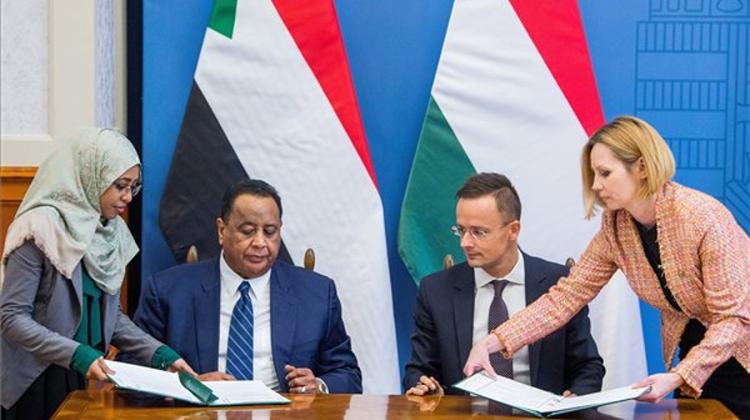 Stability, peace and economic growth in Africa are primarily important for Europe’s security especially now when migration from that continent has not eased at all, the foreign minister said after meeting his Sudanese counterpart.

Péter Szijjártó held talks with Ibrahim Ghandour in Budapest. Speaking at a joint press conference after the talks, Szijjártó said that Europe had worked to boost cooperation with Sudan in the recent past and Sudanese diplomacy had significantly increased ties with Europe and the US. The current task is to make the resulting advantages accessible to Hungarian companies, he added.

The foreign minister highlighted possibilities for Hungarian companies in Sudan in agriculture, water management, health care, infrastructure development and renewable energy technologies. With the aim to tap these opportunities Hungary will assign an attaché for external economic affairs to work under the auspices of a consular office planned to be opened in Khartoum, he said.