Hungarians To Spend 3-4% More On Christmas Presents This Year 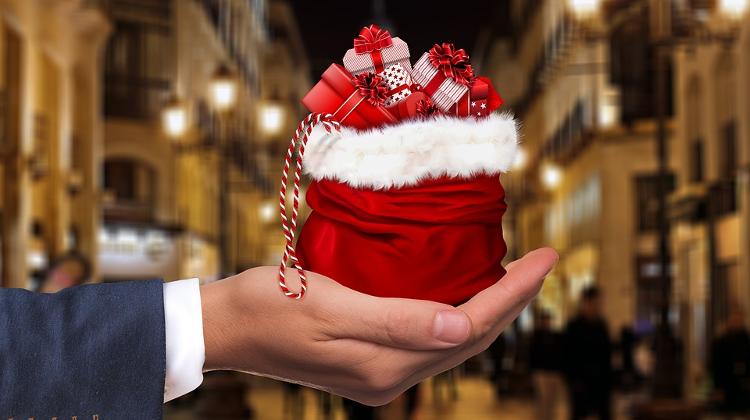 It is likely that Hungarian households will spend around 100 billion forints (319 million euros) on Christmas presents this year, 3-4% more than a year ago, György Vámos, general secretary of the National Commerce Association (OKSZ), told MTI.

Consumers will also spend around 100 billion forints on food for their holiday meals, he added. Retail sales in the last month of the year could reach 1,050 billion forints, a 4% increase from last year.

The two weeks before Christmas are the busiest time of the year in shops; the 200 billion forints spent on holiday shopping account for about 20% of total spending in December, Vámos said.

Retail chain operators Spar, CBA, Tesco, Aldi and Lidl all told MTI that they projected a big increase in turnover in the holiday period compared with a year earlier.