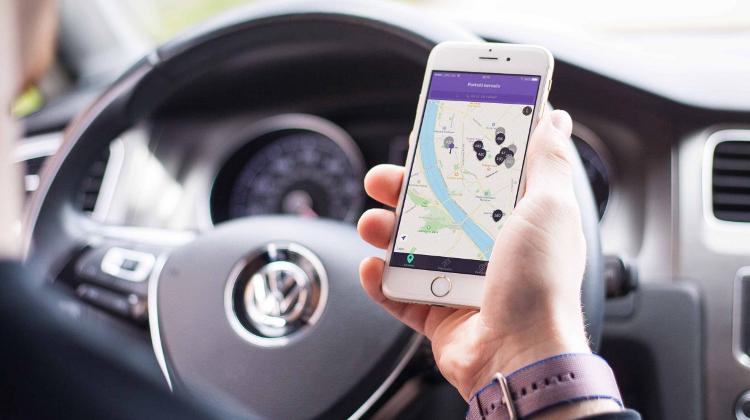 Hungarian startup Parkl has released an app that helps drivers find parking spots in downtown Budapest and greatly simplifies payment. What is more, at designated venues users are being offered free parking today and tomorrow (Friday), whilst a discounted rate valid through mid-February is meant to sweeten the trial period.

An in-built navigation system directs the car to the target venue, or to be precise, a parking spot in its proximity. A tap on your smart phone opens the gate, and upon leaving there is no hassle over payment, either, as it follows in a cashless fashion via a pre-registered bank card.

According to the startup’s website, the app "brings a new era for parking" and means "The city is your garage".

The inventors say the app was inspired by last yearʼs record air pollution in the city, which was to a great extent due to the large amount of car emissions. Parklʼs timing to offer free parking for two days, on January 25 and 26, therefore, is not surprising at all.

"It has been a tendency in the past years that this is the period with the worst air pollution records, and exhaust fumes worsen the situation a lot," said Zsolt Somogyi, co-founder of Parkl. "We strive to improve it by minimizing emissions and wasted time spent on finding a parking spot."

According to research by the app’s developers, some 30% of the active car traffic tends to look for a place to park at any given time. By using Parklʼs solution, drivers can save the time that would be wasted with circulating near their destination in an effort to find somewhere to park their vehicle.

The current promotion goes beyond the two free days offered in January. Users will have the chance to park for as little as HUF 250 per hour at 20 designated downtown venues. The appʼs following is growing by the day. Thus far, some 10,000 downloads have been registered, and ever more partner office buildings, hotels and parking lots are being added to the list of participating venues.