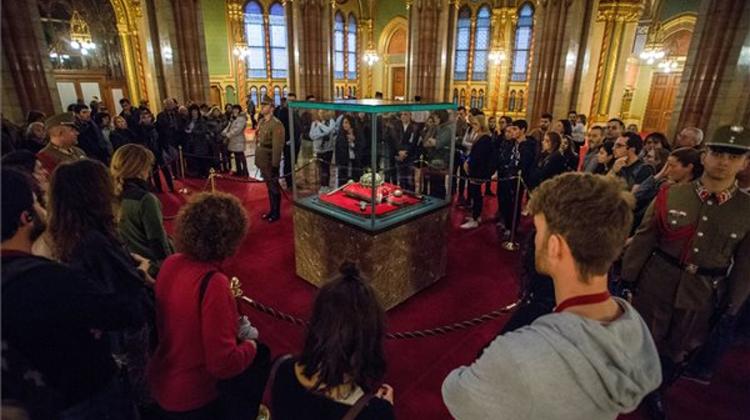 A conference was held at Budapest’s Pázmány Péter Catholic University to mark the 40th anniversary of the United States’ returning to Hungary the Holy Crown, one of the country’s most precious national relics. Justice Minister László Trócsányi said in his address that the crown was “a symbol of national independence, as well as a source of the power of the public and individual freedom rights”.

The crown “embodies Hungary’s constitutional continuity and the unity of the nation,” the minister added. Trócsányi expressed Hungary’s gratitude for the United States to have “saved, preserved and returned” to Hungary the crown, associated with (Saint) King Stephen I, the founder of Hungary’s statehood in the early 11th century.

David John Kostelancik, chargé d’affaires at the US embassy in Budapest, called his country’s returning the crown in 1978 a milestone in bilateral relations. He said the strength of those ties lay in shared values and institutions, as well as the friendship between the two nations.

Tamás Sulyok, president of the Constitutional Court, said in his closing address that the crown was “an embodiment of Hungary’s sovereignty, of the constitutional continuity of the state, and also of restrictions to the power of the state; it is a cardinal component of our national identity.”

The Holy Crown was taken to Austria by its guards in 1944, and then handed over to the US Army.