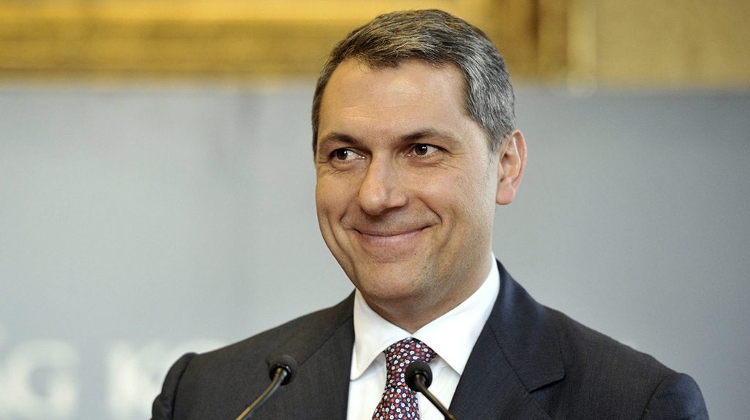 The Hungarian government is focused on building alliances with its central European peers, as evidenced by last week’s Visegrad Group summit in Budapest and Prime Minister Viktor Orbán’s official visit to Vienna earlier this week, the government office chief said on Thursday.

Hungary and Serbia’s joint cabinet meeting scheduled for next week is also in line with this strategy, János Lázár told a regular weekly press briefing.

The government office chief said Hungary had a fundamental interest in deepening security cooperation with Austria in order to protect the external borders of the Schengen area.

On the topic of Austria’s appeal with the European Court of Justice over the upgrade of the Paks nuclear power plant, Lázár said Hungary respected Austria’s anti-nuclear position, but expressed hope that the two countries would cooperate on nuclear energy once Vienna’s legal challenge is dealt with.

Kurz and Orbán also discussed cooperation on infrastructure, Lázár said. Hungary aims to have three border crossings accessible by motorways to Austria, at Körmend, Szentgotthárd and Sopron, he said. Hungary asked the Austrian government to integrate the motorways into their road network, he said.

Asked about reports suggesting that during his visit Orbán met Heinrich Pecina of Vienna Capital Partners, Lázár said: “I didn’t notice anything of the sort while I was there”.

Commenting on news suggesting the Hungarian state intends to buy Telenor, one of the country’s largest mobile providers, Lázár said the issue had not been raised. A state-owned provider would be important for the country, he added, however.

He noted that Budapest will host a conference of the Visegrad Group on the EU budget on Friday, which two EU commissioners will attend. Günther Oettinger, commissioner for budgetary affairs, will also hold talks with Viktor Orbán.

Lázár said he would ask the interior minister to authorise the release of images recorded by infra-red cameras along the fence erected on Hungary’s southern borders in response to a migrant wave.

He said that his experience during a visit paid to the region was that migrants seeking to enter Hungary illegally were cutting holes in the fence with metal cutters every 2-3 hours on a daily basis.

Without the double fence or constant patrols of the border, illegal entries would be a continuous flow instead of the current 30-50 attempts made each day, Lázár said. Migrants taken back to the transit zones are not asylum-seekers, he said, adding that they never had any intention of submitting an asylum application.

On the question of connecting Budapest’s north suburban railway line and metro line 2 to form one line, Lázár said the suburban railway network was in dire need of a full revamp. But the government does not support the building of a new metro line, he added.

The government approved the construction of a dual carriageway connecting Törökszentmiklós, Püspökladány and Berettyóujfalu in eastern Hungary, Lázár said, adding that the project to build the divided highways would cost around 100 billion forints.

He confirmed plans of another road construction project aimed at connecting the city of Szolnok to the M0 Budapest motorway ring road.