Local Opinion: The MSZP On The Brink Of Disaster 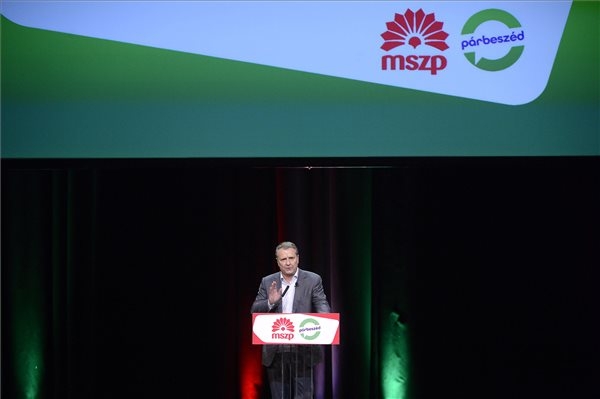 As the Socialist Party is measured at barely over the parliamentary threshold for two party alliances, a pro-government analyst does not exclude the possibility that the MSZP will disappear from the political stage after the elections.

A conservative critic of the government adds that MSZP voters are the most inclined to vote for a party other than their own.

In Magyar Idők, Dániel Deák compares the plight of the Socialist Party to the left-wing alliance in Poland which got less votes than the 8 per cent required for alliances to get into Parliament. Hungary’s Socialists have allied themselves with the tiny Párbeszéd (dialogue) party in the firm conviction that they will easily pass the 10 per cent threshold earmarked for two parties running jointly.

However, at present they are measured at just 10 per cent. If they fail to get into parliament, Deák speculates, the MSZP might simply disappear from the political landscape.

On Válasz, István Dévényi also thinks that the Socialist Party is in serious danger. According to a fresh poll, over one third of its electorate is ready to vote for another party, while the supporters of the Democratic Coalition, its ally in individual constituencies are less prone to cast their votes for others (19 per cent say they might vote for another party).

Dévényi thinks that the incumbent government could only risk losing its majority in Parliament if undecided voters ended up voting massively against it. But that is highly improbable, he writes, as undecided voters usually don’t turn up on election day.