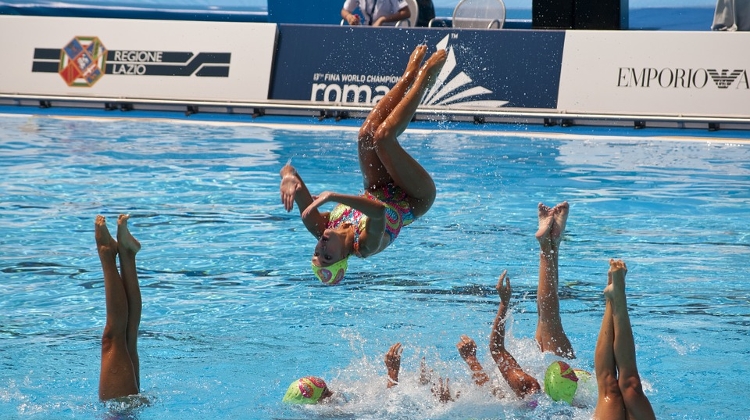 After the overwhelming success of the 17th FINA World Aquatics Championships organised in Hungary last year, the Hungarian capital will again take centre stage for a major international swimming competition as Budapest hosts the FINA Artistic Swimming World Series this May.

The Artistic Swimming World Series is an annually-organised elite level competition where international swimmers from all around the globe compete with each other, and the best of them are awarded in the solo, duet, mixed duet and team routines.

As the info bulletin of the series also indicate, National Federations must participate in at least 4 competitions to be eligible for the prize in each category. In 2018, the FINA World Series organises 10 competitions, starting in France in the beginning of March and ending in Uzbekistan in June.

This is the first time that Slovakia, Greece and Hungary join the competition and it is a great pleasure for all of us that Budapest is the 5th city where the series is going to continue between 18-20 May 2018, reports Mszusz.hu.

The newly-constructed Duna Arena is going to be the venue of the event, and we really hope that it is going to meet up with the expectations as much as 2017 FINA Aquatics World Championships did. French Open Paris results Paris-Montreuil gave a home to the first meeting of the Artistic World Series 2018 between 9-11 March.

China, Russia, Italy and Ukraine all performed outstandingly, going home with at least one gold medal. Varvara Subbotina and Svetlana Kolesnishenko from the Russian team proved to be invincible in the solo technical and solo free routines where Subbotina got 98.4445 points for her routine while Kolesnishenko received 95.5000 points.

As far as the team free competition is concerned, Ukraine became the 1st with 91.6667 points while France became the 2nd (86.033) followed by the Republic of Belarus (83.4000). If you are interested in the final results of the other categories as well, you can check them out here.

As far as their free routines are concerned, Kiss became 16th while Rényi ended in the 20th position.

If the name of Szofi Kiss seems to be familiar to you, it is not a coincidence. One of the most memorable moments for every Hungarian during the 2017 FINA World Aquatics Championships was when Szofi Kiss jumped into the pool in the City Park and performed her unique routine to the Hungarian song called Most múlik pontosan (lit.transl. It is passing by right now).

After that, as Vizesvb2017.24.hu reports, she said: “I think this was the best routine of my life. I really like this music and it was our aim to choose one that is well-known for every Hungarian.

Honestly, I did not hear the applause at the end, but I remember the reaction of people when the music started.” She chose the same song for her free solo performance in Montreuil, and it seems to be working for her.

These competitions are going to take place in Budapest between 18-20 May and the Hungarian Synchronised Swimming Federation is looking for enthusiastic volunteers who would like to help in the organisation of the event.