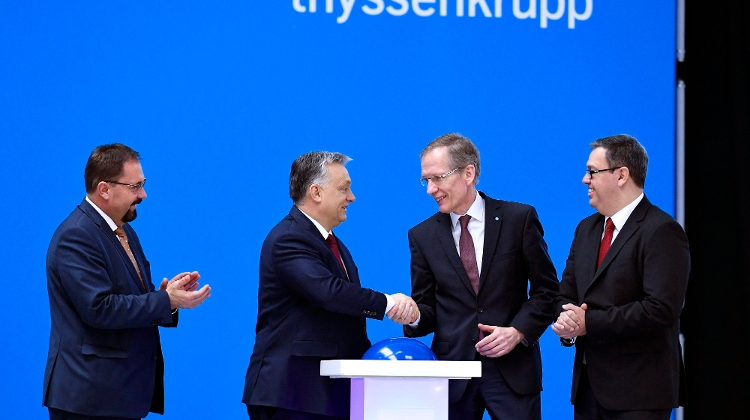 The government supported the investment with a grant of more than 10.5 billion forints, Prime Minister Viktor Orbán noted at the ceremony. The investment will create about 500 jobs at the base by 2019. The plant will turn out camshafts and steering systems.

“Hungary is now on the path that leads to becoming one of Europe’s most competitive countries,” Orbán said, noting that Thyssenkrupp’s Jászfényszaru plant was the 34th to be inaugurated in the country since the beginning of 2017.

Since then, domestic and foreign businesses have invested 517.6 billion forints in Hungary, creating 5,811 jobs, the prime minister said. Orban said it was not enough for Hungary to simply catch up with the most competitive European countries; it would have to maintain its competitiveness in the long run.

Germany, for instance, has had a guaranteed spot “in this club” for a long time, he said, adding that Hungary would need “German precision, self-discipline and work ethic” if it was to join the ranks of the continent’s most competitive economies.