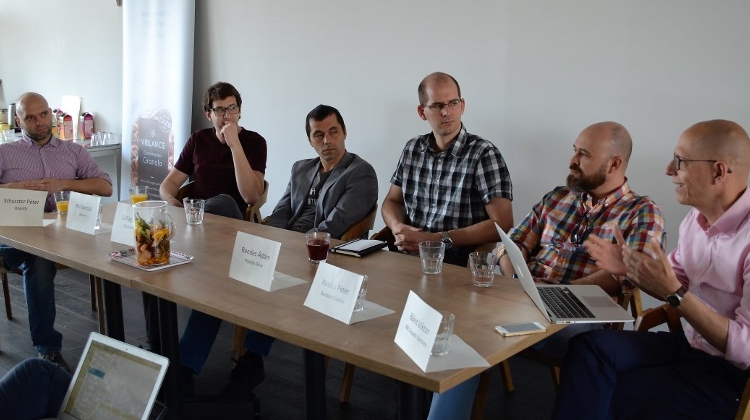 Again in 2018 dozens of startups in Budapest will once again open their doors to those interested and present their work during the "Startup Safary," an annual business networking and promotional event hosting hundreds of programs.

This initiative started in 2012 in Berlin, aimed at presenting the world of startups to a wider audience and to expand business contacts. It is a good opportunity to exchange information with potential investors, job seekers and young professionals.

Startup Safary will be held for the third time in Budapest, with an expected 3,000 participants and 4,000 visitors.

On the occasion of the upcoming event, several startup leaders spoke during a round table event hosted by the Loffice community space in Budapest.

Péter Kovács, organizer of Startup Safary, Péter Csillag, CEO of business intelligence firm Starschema, and Marcell Pál, founder of home brewing innovator Brewie, share the idea that before starting a business, one should preferably work for a large company.

Although Brewie was started by young entrepreneurs who never worked as employees, many faults could have been avoided with previous working experience, Pál conceded.

Viktor Bálint, founder of BnL Growth Partners, noted that it is not unusual for tech giants to buy startups not for the product they create, but for the people that work there. The human factor has become more important than the product, he said, but this is the most difficult to quantify with a price.

Inevitably, the question arose of where a company seat should be located. Most speakers agreed that Budapest is the best place, not only because of the Hungarian employees and low costs, but also because Budapest is a cool city. However, there are certain sectors where a U.S. presence is crucial for expansion.

On the other hand, for a brewery, an East European location has proven an advantage: Brewie, for example, exports 99% of its production.