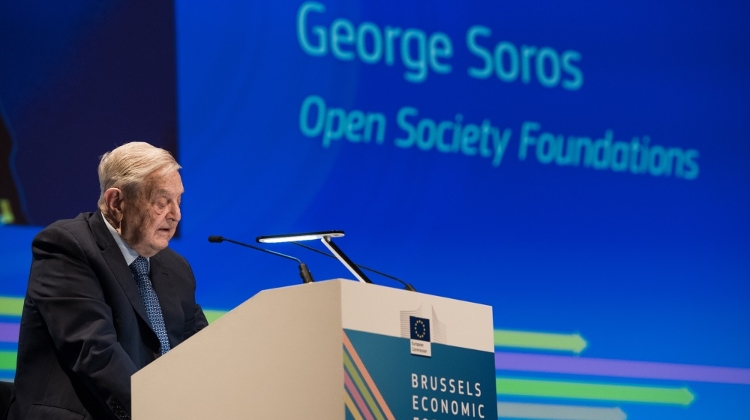 US financier George Soros’s Open Society Foundations will hold off their decision on whether or not to leave Hungary until the government’s planned law on NGOs is passed, an OSF spokesman told Reuters.

“We are in the process of thinking, of planning, weighing our options,” Csaba Csontos was quoted as saying. “The government has committed to passing the Stop Soros law... It will be a symbolic step which serves to stifle non-government groups,” he said.

“At this moment we need to think about how that might affect us who support them, and how we might proceed.” Reuters said Csontos declined to confirm reports that OSF was leaving Budapest for Berlin.

In the wake of reports that OSF are leaving Hungary, Prime Minister Viktor Orbán, in his regular Friday interview to public broadcaster Kossuth Radio, said: “Listeners will perhaps understand if I don’t shed crocodile tears.”

At the same time, Orbán said he expected conflicts to continue with Soros organisations, even if OSF left Hungary.