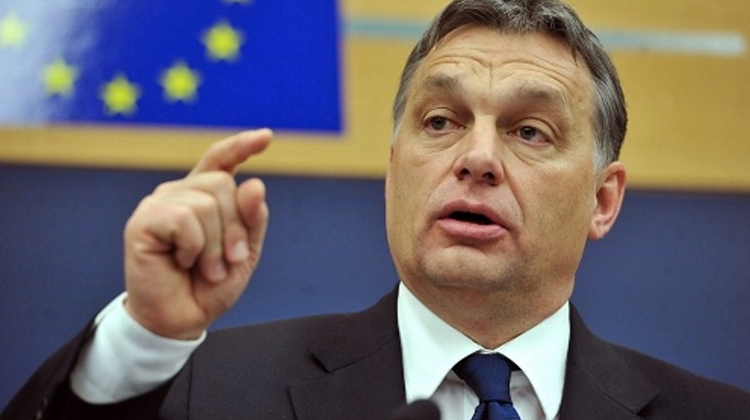 Viktor Orbán said radical nationalist Jobbik was “obviously attempting to bypass Fidesz and manoeuvre itself into the left wing”.

This effort, however, sometimes results in “ridiculous” situations that “discredit” Jobbik politicians, the prime minister said in an interview published in business weekly Figyelő.

“Those who set fire to EU flags a few years ago have by now become pro-Brussels politicians. It’s all about money and power for them,” he said. Orbán said that if the left wing came to power in any form, public utility fees and taxes would go up, hurting particularly Hungarian businesses, and unemployment would increase again.

He warned that the “seemingly stumbling” opposition parties should not be underestimated, arguing that “their strength lies in foreign infusion rather than their own performance.”

“They are fighting as mercenaries of their foreign masters, which is a serious source of danger,” he said.

As regards the issue of migration, Orbán said Hungarians had understood where it would take the country if it “yielded to” a promigration policy.

“An anti-migrant majority has come to exist not only in Hungary but across Europe. The question now is how this massive majority will develop into a political majority,” Orbán said.

The prime minister called 2018 a crucial year in which it would turn out whether “global powers, assisted by bureaucrats sitting in Brussels, manage to force pro-immigrant governments onto countries that have so far rejected migration”.

Orbán said the European Council would be the scene of a “key battle” in June when Brussels will once again try to push through its automatic migrant resettlement scheme, under which Hungary would be obliged to accept in a first step 10,000 people by the end of this year.

If Hungary is not represented by an “anti-immigration prime minister” in that debate, it “will ultimately fall and be taken away from the Hungarian people”, he said.