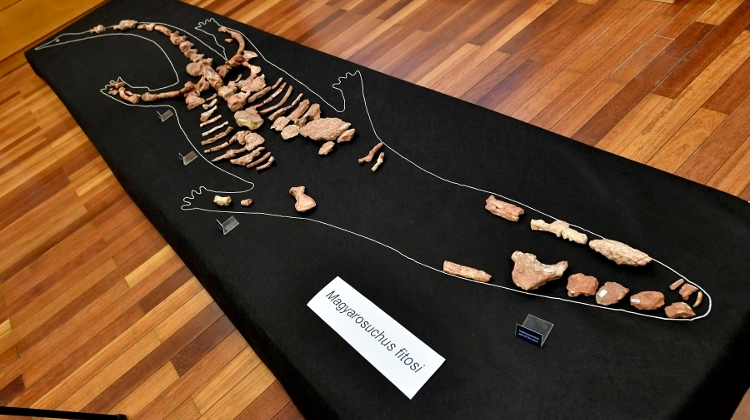 The fossilised remains of the tail of an ancient crocodile, five metres long and 180 million years old, found in Hungary, will soon be put on display until the end of May at the Hungarian Natural History Museum.

Researchers have established that the creature, labelled Magyarosuchus fitosi, was a newly discovered species of reptile.

The discovery reveals a step in the process in which crocodiles adapted to sea life to evolve into dolphins and killer whales.

Palaeontologist Attila Ősi, head of the Academy of Sciences dinosaur research unit, told Inforádió on Sunday that the remains had been found in the summer of 1996 on the perimeter of the Gerecse hills, on the side of an old quarry of the Great Pisznice Hill.

Scholarly processing of the finds began but became deadlocked until last year, when Mark Young of the University of Edinburgh and Márton Rabi of Halle University helped resume the thread of defining what form of crocodile the creature was and how new it is for science.

At five metres long, the crocodile was among the largest of its era.