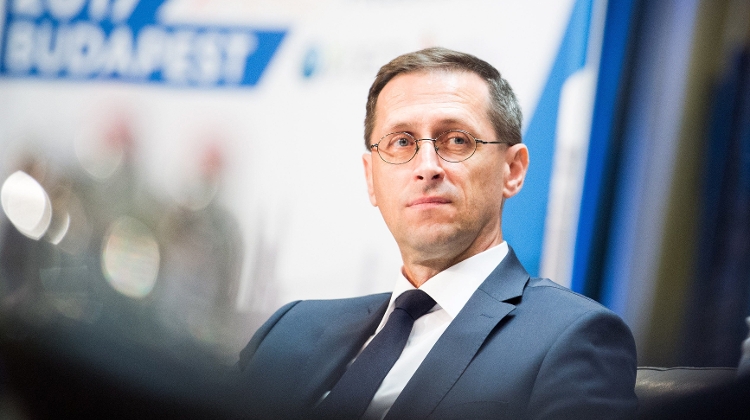 The European Bank for Reconstruction and Development (EBRD) has raised its forecast for Hungary’s GDP growth this year to 3.8%, up from its previous projection of 3.4% published in November.

The new forecast is below the government’s projection of 4.3% growth. In a report on regional economic prospects, the EBRD noted investment growth in Hungary last year, at 16.8%, was the second-highest in the European Union.

The bank attributed the increase to a revival of corporate lending as well as improved absorption of EU funding. The bank said private consumption remains Hungary’s “key growth driver”, supported by “substantially increased” disposable incomes. It counted the value chain effects of a potential slowdown in the euro zone and labour shortages among the risks to its growth forecasts.

Hungary continues to count on the EBRD’s active lending and investment activities in Hungary, foremost in the private sector, Varga said at the talks. “We believe it is important for the EBRD to further boost its lending and investment activities in Hungary and the region, because there is a great need to accelerate the process of convergence,” he added.

The EBRD is holding its 27th Annual Meeting and Business Forum at a venue in Jordan overlooking the Dead Sea on May 9-10.

Commenting on the forecast after the meeting, Varga said international institutions also recognised the achievements of Hungarian economic policymaking, noting that the EBRD report came after the International Monetary Fund (IMF) bumped up its 2018 growth forecast for Hungary.

The bank’s report noted that the Hungarian growth rate speeded up to 4% last year thanks to strong domestic demand, rising investments on the back of the inflow of EU funds, and the strengthening of corporate lending, which was the second highest rate in the EU, the ministry said in a statement.

Further, the bank said consumption was supported by a significant rise in wages, the ministry statement said. Varga welcomed the EBRD’s forecast, even if it is still below the Hungarian government’s, it added.

At the same time, the EBRD report mentioned risks ahead in relation to the CEE region’s possible peak in growth last year, noting that the growth rate this year was showing signs of slowing down.

It identified the possible slowdown of growth in the euro zone as a risk, as well as an increasingly problematic labour shortage. In its report released on Wednesday, the EBRD forecast Hungary’s economic growth next year at 3%.