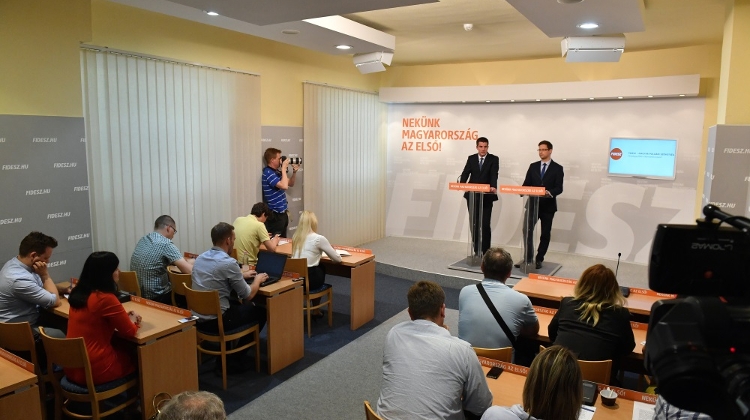 Kocsis told a news conference that Fidesz planned to amend the constitution with a view to outlawing the relocation of migrants to Hungary.

He added that the proposal to make the relevant change to the fundamental law had failed in 2016 “due to [radical nationalist] Jobbik’s turncoat policy”, and it should be resubmitted to parliament. Kocsis said that parliamentary discussions on the “Stop Soros” package of laws on penalising NGOs that aid migration would carry on.

Gulyás said that the group has nominated László Kövér for another term as Speaker of Parliament. Fidesz has nominated Sándor Lezsák and István Jakab as deputy speakers, and co-ruling KDNP’s nominee is János Latorcai, he said. Csaba Hende is to head the legislative committee which is tied to the post of deputy House Speaker.

Referring to a Jobbik plan to dismantle a cordon to be erected around the square in front of Parliament on the day of the house’s inaugural meeting, Gulyás said that by now Jobbik should have come to terms with its election defeat and act accordingly.

Asked about Fidesz’s action in 2007 to tear down the fence in Kossuth Square, he said the square at that point had been cordoned off for months. “Now it is a matter of no one disturbing the inaugural session,” he said.

Gulyás also said the goal was to pass next year’s budget before parliament went to its summer break, which he said could be at the end of July.