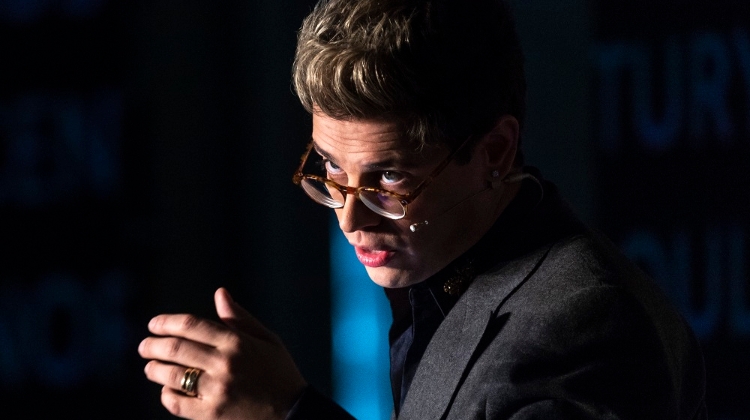 According to Milo Yiannopoulos, Hungarian Prime Minister Viktor Orban has evolved into an international icon, and he is the only person who has ever stood up to George Soros and won.

British author and political commentator Milo Yiannopoulos held a lecture in Budapest, where he praised the Hungarian government’s policies and „their fight for freedom”.

He repeatedly harshly criticised the Western media, calling it “nothing more than far-left activists who only deserve our contempt”.

He said Hungary is being attacked because the Left is afraid what Hungary can accomplish if they do what they say they will.

He stressed that Hungarians should be proud of themselves, support Viktor Orban and that they are „bound to fight in the first line of the battle for freedom”. „We need Hungary very very much”, he stressed.

Yiannopoulos stressed that the greatest threat to Western culture is mainstream Islam, not even extremism or terrorism.

“Christianity and Islam are not similar, they have nothing in common except for the few bits Islam plagiarised from the Bible”, he said.

„Europeans have no obligation to welcome people who want them dead, so you don’t have to feel bad about it”, he added.

Speaking of „good conservatives”, Yiannopoulos said that „we don’t have to turn our other cheek, it’s time for war because we are under attack”.