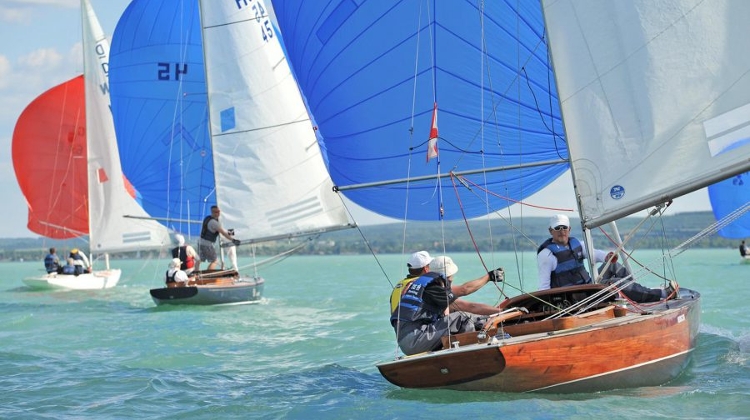 About 200 participants, their helpers and family members, Race Committee, volunteers and some spectators gathered on the impressive Gyógy Square in Balatonfüred, where the opening ceremony was held in front of the ancient building of Hotel Anna Grand.

IDA Chairman Vasily Senatorov thanked to the organizers and was positive that it will be a great event. The Mayor of Balatonfüred told that the Dragon Europeans is one of the two most important sailing events for the city, and they have been supporting the idea to have it here right from the application.

After the formal part of the ceremony the Balatonfüred Folk Dance Ensemble performed some traditional Hungarian dances which was long applauded by the sailors. The event was completed by some snacks and a glass of prosecco from the South Balaton region.

The most important part of the event is starting on Monday.

The first race is scheduled for 11.00, and PRO Bojan Gale from Slovenia is expecting the helmsmen for a briefing at 9.30.